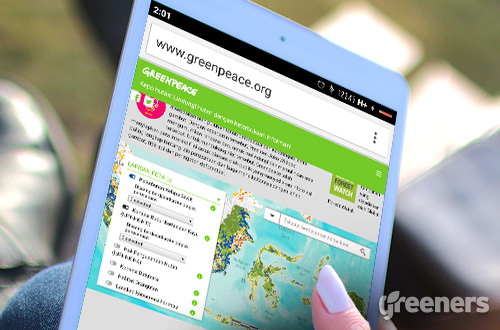 Jakarta (Greeners) – Greenpeace Indonesia launched an online digital map which would be able to monitor forest fires and deforestation.

The map is claimed as the first map in Indonesia that also reveals names of the land owner which areas are detected with hotspots.

“The Kepo Hutan map indicative is a map which gives detailed information on companies’ concessions and their relations with peatlands, fire spots, and deforestation increasing rate,” said Surya at the launching event in Jakarta, on Tuesday (15/03).

In addition, the map can also detect regions that did not have hotspots but located near them.

Furthermore, Surya said that the map’s accuracy was 90 percent considering the rigorous data and files submitted since 2013.

“So, forest and peatland fires occurred in 2013 can also be accessed by public as it provides near real time feature and search features. For instance, we want to know hotspots in 2013, then it can be shown,” he added.

The data, he added, was obtained from Ministry of Environment and Forestry, Ministry of Agriculture, National Land Agency, local governments and Roundtable on Sustainable Palm Oil (RSPO) which then compiled by Greenpeace to produce structured and presentable format.

He said that Greenpeace aimed to provide real description on hotspots in the country and encouraged local people, companies, NGOs and government to take action.

“If we followed through the debate in the media on land and forest fires in 2015, the biggest public question was they did not who were responsible for these fires, who were liable legally. That debate has been answered.There is no need for arguments on who’s responsible, because you just ‘click’ then you know the names of the concessions holders. It is now how legal actions must be taken,” he said.

Bambang Widjojanto, legal adviser for public policy and former deputy chief of Indonesia’s Corruption Eradication Commission (KPK), said that the new platform would be able to reveal on forest management in the country.

“If today, people could only access information of who’s being given the rights to manage forests then the map could also prevent more losses on the country’s natural resources through corruption in concessions permits,” said Widjajanto.

Meanwhile, Director of Forest Resources Monitoring Inventory at Ministry of Environment and Forestry, Ruwanda Agung, said that nearly all data presented at the map was legally obtained from the ministry.

“We also do have the data and it is interactive. We even put the locations, such as customary areas, region maps, hotspots on critical lands, and river banks,” said Agung.

Furthermore, he claimed that the ministry’s data was more updated than Greenpeace considering the NGO refer to the data.

For instance, if the latest data from the ministry was in 2015, then Greenpeace might have obtained the data on November or July 2015.

“Our data is more update for certain, especially the data is similar to the one launched by World Resources Institute. Forest Watch even gather data from us because we are the data custodian for national forest cover,” he said. 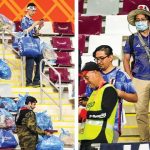 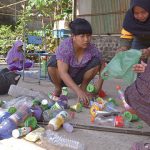