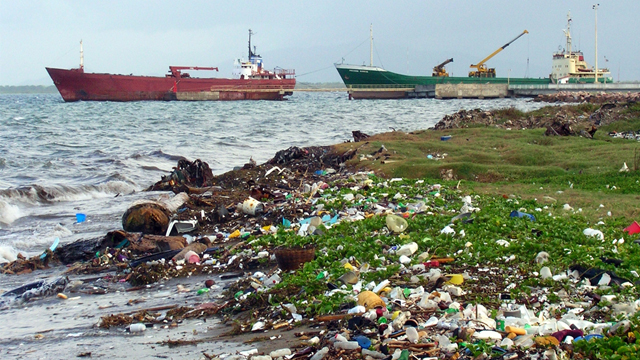 Jakarta (Greeners) – On a recent video, a cleaning service of PT Pelni was caught littering from KM Bukit Raya prompted the state owned company to issue an official apology on Aug 13.

“PT Pelni will continue to increase its concern on environmental protection, especially on ocean protection and management,” said Sujadi in a press release, in Jakarta on Saturday (26/8).

Capt. Rudiana, Director of Shipping and Maritime Affairs, Ministry of Transportation, said that the waste throwing case could happened as it was hard to monitor on board the ships.

Furthermore, he said that the incident at KM Bukit Raya was just happened to be caught on camera and gone viral. Nevertheless, he did not deny of same cases to happen in other boats.

“This is the first case of Pelni’s boat that was gone public. There has never been any cases. However, there’s always a possibility. It’s the sea, sometimes our patrol could have missed,” he said adding that in the shipping industry, there were specific regulations on waste pollution in oceans and seas.

Furthermore, Capt. Rudiana also said that based on IMO’s resolution, all ships with 12 meters long or more were stipulated with placates informing all crews and passengers on their wastes.

The placate stipulates to be written in mother language of crew members of the ship which routes under the jurisdiction of the convention, in addition to English, French or Spanish.

Each ships with 400 GT and carries 15 passengers or more is stipulated to establish a waste management plan for all crew members.

The plan comprises of written procedures for collecting, storage, and throwing wastes, including ships equipment. It must be written in native language of the crew members.

Maritime Environmental Protection is an effort to prevent and tackle marine pollution from shipping activities.

Each boats with 400 GT or more and certified to carry more than 15 passengers must also have Waste Record Book, which can serve as official shipping record.

The waste record, he said, will document all throwing or burning of wastes and must be signed on the dates of burning or throwing by crew on duty. Then, it must be signed by captain of the ship.

The book must also include date and time, ships’ position, waste description and estimate volume of waste being burned or threw out. The book must be kept on board for proper inspection, at least two years since the last record.

“The bottom line, throwing waste must not be done carelessly to the seas, that’s violation. The wastes should be collected, separated from plastic wastes, then on the nearest harbor, they were discharged. There will be recycling waste activities on board of the ship,” he said. “That’s international rule. For implementation in Indonesia, our monitoring is still lacking because we don’t know what happen aboard ships. It so happens someone recorded the Pelni incident.”