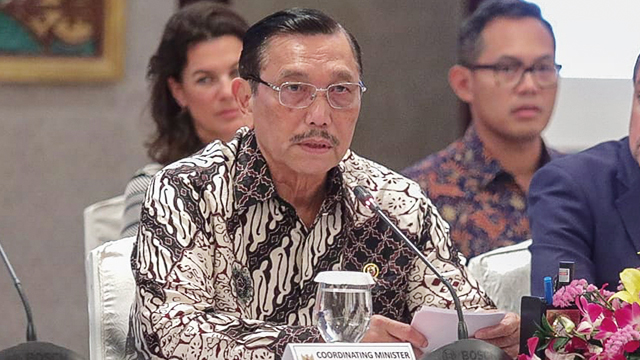 Luhut Binsar Pandjaitan, coordinating minister for maritime issues, said the cooperation is the latest effort included in the country’s national action plan to reduce marine plastic waste up to 70 percent, reducing waste to 30 percent and managing waste to 70 percent by 2025.

“The government’s target is to reduce plastic 70 percent in 2025 is really what we’re aiming for. This ambitious target, of course, requires hard work from related elements. With this program and other ongoing programs, along with action plan in the field, reducing plastic waste can be achieved,” said Minister Luhut in Jakarta on Monday (11/03/2019).

“Under the collaboration and team works with World Economic Forum, we can mobilize public support, private sector and citizens to be able to protect the rich marine biodiversity for the sake of our children and grandchildren,” he said.

He added that with different stakeholders, the government can evaluate suitable solution to plastic waste pollution, develop investment plan and action to reduce plastic waste and prioritize investment opportunity, and set up road map for implementation.

Meanwhile, Rosa Vivien Ratnawati, director general of waste, toxic and hazardous management at Ministry of Environment and Forestry, said that to support the collaboration, the ministry’s action will be based on the 2017 presidential regulation on waste management, which focuses on to reduce waste up to 30 percent and manage waste to 70 percent.

“Waste management is no longer collect-transfer-throw but there’s money and business from waste, which is called as circular economy,” said Ratnawati. “In Indonesia, there are more than 7,000 waste banks supporting this circular economy with would worth billions of rupiah per year. It is also used by people to create jobs. So, circular economy is important to achieve plastic waste targets announced by the government.”

Dominic Waughray, Managing Director, Head of Center for Global Public Goods, World Economic Forum, said that the uniqueness of Global Plastic Action Partnerships is to show the world that effective science based cooperation among stakeholders can tackle the complicated issue and preserve natural resources for next generation.