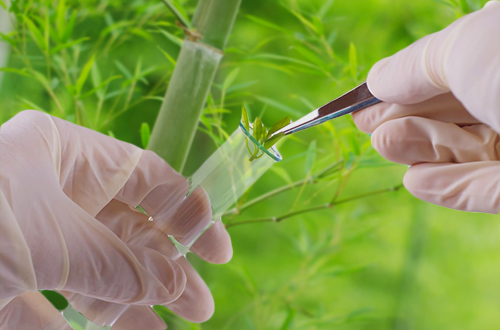 National Strategic Installation Agency Chief, Defense Ministry, Major General Heros Paduppai, said that the cooperation will be in form of bamboo planting aimed to social and economic use.

The efforts, said Paduppai, were targeting not only to conserve biodiversity but also to support national commitment to reduce greenhouse gas emission.

“Bamboo planting at IPSC will not only benefiting science, in the form of the lab, but also provide ecological advantage,” he said at an official release, in Jakarta, on Friday (10/2).

“The cooperation will not only about planting but also reforestation and presenting social and economical benefits,” said Sembiring.

Bamboo is known as a plant species that would provide massive ecological advantage, including water catchment areas and to prevent erosion.

From social point of view, bamboo has close connection with Indonesia’s culture as there are home appliances based on the materials. In result, this has brought on economic benefits especially demands to produce high quality furniture. In addition, bamboo sprout also provide added value.

“From these multiple benefits, bamboo conservation at IPSC can bring not only impacts to environment but also people,” he said.