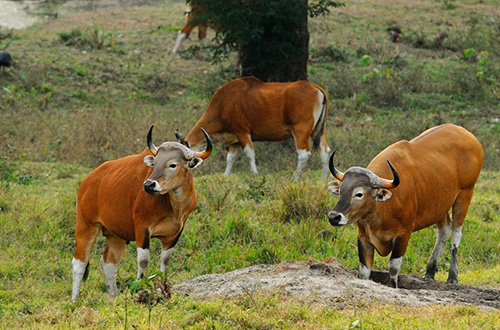 Ayu Dewi Utari, head of the agency, said the decline was most probably caused by plantation. “We also found case banteng eaten by wild dog,” she said, on Tuesday (17/01).

“There are species increasing such as Javan hawk eagle and bawean deer,” she said adding that they covered Banyulinu Forest Block, Ijen Merapi Ungup-Ungup of Banyuwangi, Pancur Forest Block, Kalisat Plantation of Bondowoso and Picis Mountain Nature Reserve of Ponorogo.

“On December 15, 2016, we have released Javan hawk-eagle in Picis Mountain Nature Reserve,” she said.

“[However] the population only 275 in 2014,” she said adding that other conservation agencies monitored other priority species, including tapir, wreathed hornbill, babirusa, Sambar deer, peafowl, Silvery gibbon among others, but, no updates.