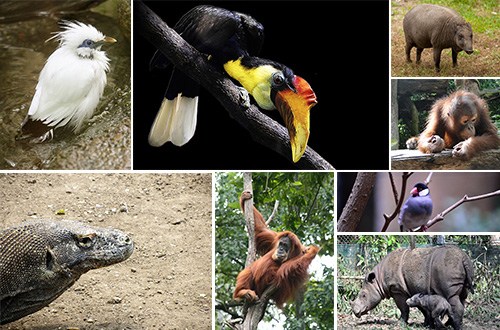 “This is a big business with the price of high impact of species extinction,” said Eksploitasia adding that declaring priority species was needed due to illegal wildlife trading in the country was a promising business.

She added that the ministry had cooperated with national police to foil illegal wildlife trading, however, she stressed on role of public to protect the species and tackle the business.

Meanwhile, Director General of Natural Conservation and Ecosystem of Ministry Tachrir Fathoni, said that biggest challenge in protecting wild species must be balanced with smart strategy and joint coordination with public.

Currently, Fathoni added, civil societies and NGOs were still put concern on environment and nature. Furthermore, he said that donors and nature reserves managers would be rewarded with special facility, such as land tax exemption which was still in discussion.

“The involvement of all stakeholders, including public participation is important, for instance to protect our endangered elephant which has been declining. There was 4,300 elephants in 2007 but there was only 1,704 elephants in 2014,” he said.