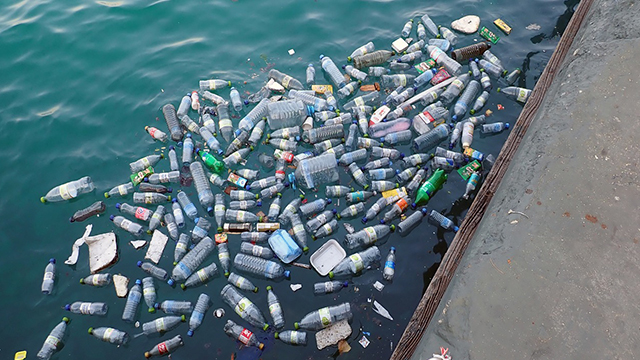 Jakarta (Greeners) – Ministry of Marine and Fisheries allocates two and a half billion rupiah on plastic waste management facilities, as part of Love Ocean Movement or Gita Laut, a program initiated by Spatial Planning directorate general to preserve oceans, said its senior official in Jakarta on Monday (13/8/2018).

“The ministry allocates eight to ten billion rupiah per year since 2017 for Gita Laut. We provide two and a half billion rupiah for facilities of waste management and others, including training, cleaning beaches, Marine School and waste bins program, said Brahmantya Satyamurti Poerwadi, Director general of Spatial Planning, on Monday (13/8/2018).

Poerwadi said that the fund is allocated to provide plastic chopper in 11 locations and compost machines in six locations throughout the country. This facility is to prevent plastics in terrestrial from being dumped into the oceans through recycle.

“The chopper and organic waste compost has been distributed since 2017 in Kendari, Bali and Labuan Bajo. I have also received message from Sapeken Island of Madura requesting for plastic chopper,” he added.

He said that these facilities are meant to support National Action Plan on Plastic Waste Management, targeting to reduce plastic waste volume to 70 percent in 2025. This commitment includes to keep terrestrial plastic to go to oceans, recycle and change public mindset to not use disposable plastics.

Furthermore, he said that a presidential decree of the national action plan will be issued before Our Ocean Conference 2018.

“In fact, the decree could be issued before OOC, at least, two more months, the design is finalized, it just needs the president to sign,” he said.