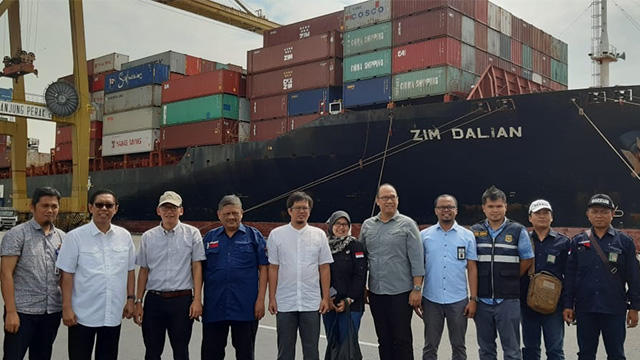 Jakarta (Greeners) – Ministry of Environment and Forestry and Customs continue to re-export illegal plastic waste contaminated with toxic waste and domestic wastes to the US, France, Australia, and Hongkong.

After checking on 65 containers at Tanjung Perak Harbor, the Ministry of Environment and Forestry recommends the Customs to return 49 containers which are contaminated with toxic wastes and domestic wastes, such as diapers, oils, and used electronics.

Director general of waste and toxic and hazardous management, Rosa Vivien Ratnawati, said that Indonesia is ready to return 49 containers, — 38 containers contaminated with toxic waste will be returned to France, Hongkong, the US, and Australia, meanwhile 11 containers coming from the US and Australia.

Furthermore, she said that after checking and recommendation from the ministry, the returning process will be handled by the Customs.

“The Customs will re-export if there’s a recommendation from the ministry. It means we have recommended to be processed by the Customs,” she said.

Meanwhile. head unit of communication and publication of the Customs, Deni Surjantoro, said that based on ministry of trade regulation issued in 2011, re-export process must be done at the latest 90 days after the containers come to Indonesia.

He added that the re-exports are waiting for administration process and documentations.

“Currently, the process is at Batam Customs. It actually waiting to be shipped but still waiting for adminsitration,” he said adding there are 66 containers waiting for re-exports at Tanjung Perak Harbour. Eight of them came from Australia, 20 containers from Germany, and 38 containers from the US are still in checking.

“Actually, for the 20 containers and 8 containers have the same status as in Batam’s, waiting to be re-exported,” he said.