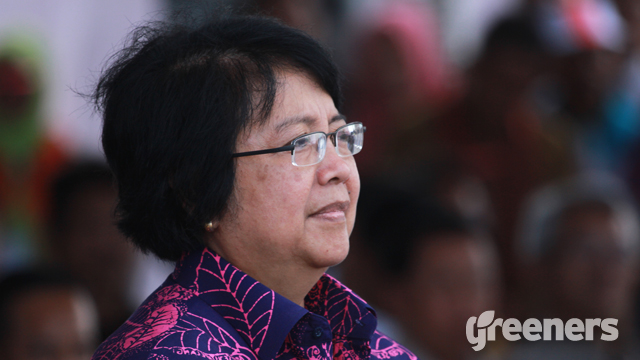 Jakarta (Greeners) – Minister of Environment and Forestry, Siti Nurbaya admits forest and environmental spatial planning under registered forestry pattern has yet to improve people’s welfare, especially those living near or inside forest areas.

Minister Siti underlines that President Joko Widodo had firmly stated that corrective actions and working together in forest management to achieve common benefits and prosper to the people.

She cited the first indigenous forest acknowledged by President in the Palace on December 30, 2016, after 71 years of Independence.

“It has been 72 years of independence, forest management under registered forestry pattern to spatial planning, (I suppose) has yet to improve people’s welfare. The President had underlined for corrective actions in overall forest management so that forest and environment can be the source for people to be prosperous,” said Minister Siti in Jakarta, on Wednesday (16/8).

Furthermore, she said corrective actions included peatland management and implementation of social forestry which have been giving space access for people to work and produce economically to improve their welfare.

However, she underlined that all programs would run with participation from all parties and willingness to work together.

“They all need togetherness and working together. I am reaching out to you all, from all parts of communities and invite you all to participate to do corrective actions, to fill the independence in reaching national goals and achieving national dreams,” she added.