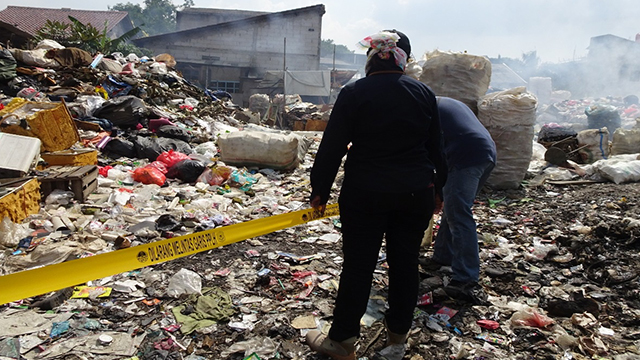 Sugeng Priyanto, director of monitoring and administrative sanction implementation at the ministry, said they sealed illegal landfill in East Sudimara as it’s violating regional spatial planning. The seal, Priyanto said, shows law enforcement based on the 2008 Law on Waste Management.

“First, the seal is done to respond public complaints for illegal landfill and waste burning in the location near their housing areas. Second, this illegal landfill has no permit from local government and violated existing spatial planning. Third, there is no amdal, environmental permit and it does not practice proper waste management,” he said to Greeners via phone.

Furthermore, he said the seal refers to the 2008 Law on Waste management which bans local government for illegal dumping and stipulates proper landfills. In addition, technically, the illegal landfill violated spatial planning and its location near housing areas which would bring negative impacts, including water pollution, bacteria to health problems if waste water absorbed by soil. In addition, air pollution would occur from burning waste.

He said that it’s time for law enforcement as many regions violated the regulation by illegal landfill. The seal, he added, is needed to create deterrent effect.

“This [illegal landfill] has been going too long and waste issues are becoming serious problem. Law enforcement on illegal waste dumping is the ministry’s priority. In addition to consultation, there should be law enforcement,” he said.

“Regional governments have conducted consultations, but the problem is how long they need to be consulted if the same incident keeps on going, that’s why we need law enforcement. If law being enforced, Insha Allah people will care about their environment.” said Priyanto.