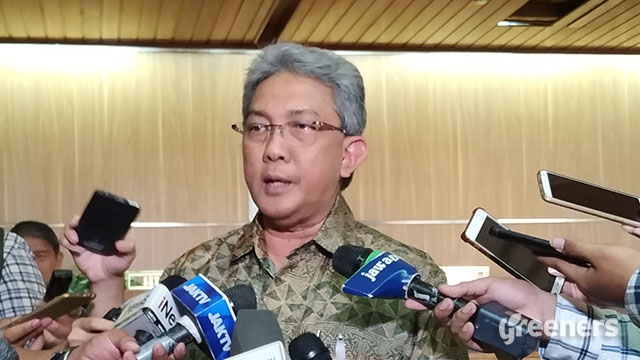 Jakarta (Greeners) – After the types of air quality monitoring device, the Indonesian government and civil society are now debating about air pollution standards.

Previously, Director general of pollution and damage control, Karliansyah, said that based on the 1999 government regulation, then the concentration for PM2.5 should be delivered by daily average or yearly average.

“To determine air quality, it should use daily average or yearly average. We cannot use temporary data or just that data. Based on our data, air quality is still good, but it does not good for babies and elderly,” said Karliansyah in Jakarta on Friday.

Based on the Ministry’s data, daily average of PM2.5 between 1 January to 30 June 2019 in Jakarta was in good condition or healthy as it is below National Ambience Air Standards, which are 31.49µg/Nm3 out of 65 µg/Nm3.

However, if compare with WHO standards, 25 µg/Nm3, then Jakarta’s air quality is considered moderate. Meanwhile, Ahmad Safrudin, director executive of Lead Gasoline Eradication Committee, said that the ministry insisted to state air quality in Indonesia, especially Jakarta, in good condition, because they refer to daily average of 65 microgram/m3 in accordance with PP 41/1999.Source : Lead Gasoline Eradication Committee. 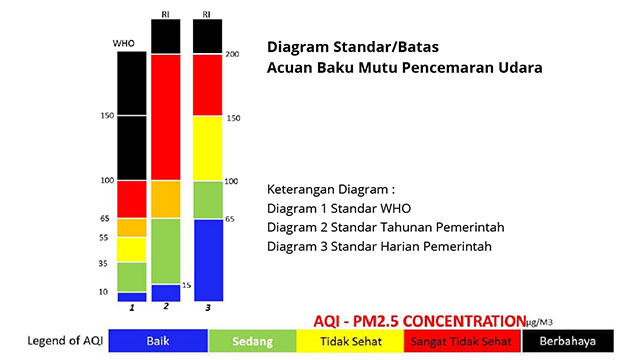 According to the Committee, air quality condition for PM2.5 in Jakarta in 2018 and 2019 using the old standards were also not healthy.

He said that DKI Jakarta’s monitoring result for the past two months, daily average of PM2.5 is between 94,22 – 112,86 µg/m3. Hence, it is a huge mistake if the analysis results of Jakarta turned out to be good. “So, using the existing standard, air quality of Jakarta is unhealthy,” he said.