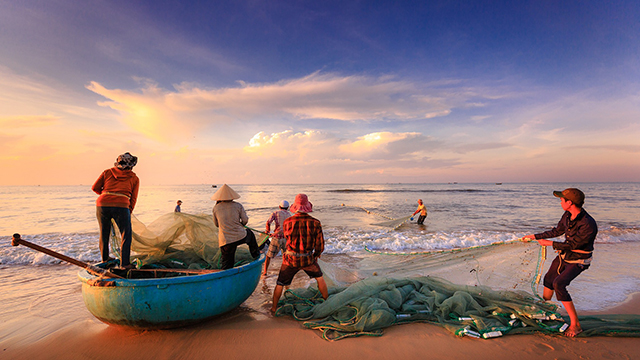 Jakarta (Greeners) – Activist criticized current zoning plan on coastal areas and small islands for excluding fishermen in the process, on Monday (13/3), in Jakarta.

“The process of RZWP3K has to ensure no violation against constitutional rights of people living on coastal areas. This zone is important for our sovereignty, it can improve people’s welfare. These people should not be left behind in the discussion of zoning plan regional regulation. Fishermen must be involved since the beginning, they are given enough time, not hurried, and not making difficulties for them to give their inputs,” said Herawati citing that Central Java government had been using Geospatial Information Agency (BIG) data from 2013 which was different from current condition.

Related to this old data, Sugeng Triyanto, a traditional fisherman who joined Central Java Fisherman Forum, said that they had requested for regional government to use latest data to prevent mistakes in the mapping which will impact people’s welfare.

“Our coastal areas, between 203-2018, have been declining. Based on 2013 data from BIG, areas have been depleting so they’re not relevant with the field condition as zero to two miles for fisheries, above two miles for fishing or mining,” he said. ” What fishermen fear is the two miles mining in 2013 was just at the corner but now it has been depleting in 2018. If the data from BIG, then it can be used to evict people in coastal areas.”

Suharyanto, director of marine spatial planning, Ministry of Marine and Fisheries Issues, said that the ministry will support fishermen to adapt.

“In the process, fishermen will have to change their profession for one or another reasons. We will support in the transitional phase including prevent drop of livelihood or employment but it’s not going to be easy. Don’t let it to contradict basic values of marine spatial planning, which is sustainability,” he said.

Furthermore, he said that zoning plan had been under the authority of provincial government as stipulated by the 2014 law on Regional Administration.