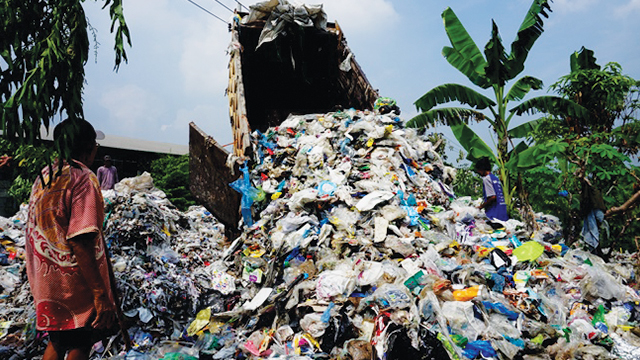 Jakarta (Greeners) – With bad management of plastic waste import, Ministry of Environment and Forestry urges Ministry of Trade to revise its ministerial regulation issued in 2016 on import regulation on non-toxic and hazardous waste.

The step is needed for plastic waste import not to become the burden of Indonesia’s waste management.

Based on a press release, there are five recommendations from Minister of Environment and Forestry, Siti Nurbaya, to Minister of Trade, during a working meeting with Commission VII of House of Representatives on Wednesday (15/05/2019) in Jakarta.

First recommendation is the tariff post for plastic scraps non-toxic and hazardous waste imports should not be applied under Code HS miscellaneous, so that plastic scraps imported will not be mixed with non-recyclable plastic scraps.

Second, there will be no addition for new imports on non-toxic and hazardous plastic scraps waste.

Third, restrictions on import quota for those already operating for the next five years. Fourth, to minimize imports on pellets/chips. Fifth, recyclable products must not in the forms of plastic bags.

Furthermore, Minister Siti said that the reason to revise the ministerial regulation is based on the 2008 Law on Waste Management which bans each person to bring waste into the country and the 2009 Law on Environment Protection and Management which bans each person to bring waste from outside the country to Indonesia’s environment, and the 2016 Minister of Trade Regulation which stipulates that allowed non-toxic and hazardous waste importation only for used plastic, plastic waste, and plastic scraps and requires recommendation from ministry of environment and forestry.

“The request to be acknowledge as Non-Toxic and Hazardous Waste Producers Importers from ministry of trade is in accordance with the 2016 Ministry of Trade which needs to submit recommendation from ministry of environment and forestry through director general of waste, toxic and hazardous waste management. It is stipulated under the letter of order for deputy of toxic and hazardous management,” said Minister Siti.

On the case of plastic waste mixed in the used paper import packages found in Surabaya, Rosa Vivien Ratnawati, director general of toxic and hazardous waste management at the ministry, said that plastic import permit authority lies in the customs and ministry of trade.

Ratnawati said that within the recommendation from ministry of environment and forestry, code HS for plastic entering in Indonesia is plastic already clean chopped.

Furthermore, she said that for plastic waste import, plastic allowed to enter is the form of scraps and clean, the scraps are used for finished goods, meaning they will not be sold, and local plastic ingredients in the composition must be 50 percent.

In addition, there’s a signing of integrity fact from companies.

“So, if there’s a company illegally importing, the supervision is under ministry of trade. We just provide recommendation based on ministry of trade’s permit. We recommend to revise the ministry’s regulation to control illegal plastic scraps into the country and against the regulations,” she said.

The 2009 Law, 2008 Law, and 2016 Ministry Trade’s Regulation regulate plastic waste imports. The regulation include clean scraps and not contaminated with toxic and hazardous waste, they must be sorted and don’t mix with other wastes, and don’t come from landfills or considered as wastes, they must be finished goods, and import documents must be include survey results from operation cooperation.