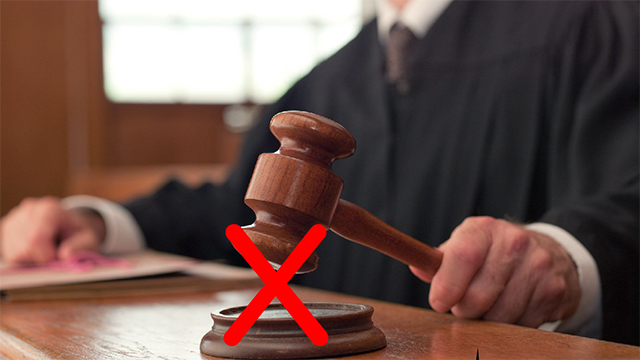 Jakarta (Greeners) – The Supreme Court rejected the lawsuit from Indonesian Plastic Recycle Association against Bali administration over its policy to ban single use plastic.

Felicita Sathrieyanti Natalia, the Association’s Operational Director, said that it was not about winning or losing the lawsuit, but more about challenging the idea of banning single use plastic will be the best solution to reduce waste in the landfills.

“For us, it’s not about winning and losing, but it’s more about whether the ban is a way to reduce waste in the landfills. If it can reduce, then it’s okay, we all can be happy, but we will see if this ban can be the best solution and we will keep monitoring,” said Natalia in Jakarta on Friday (12/07/2019).

She said that the association objected the policy as it will impact waste colectors’ income as the banned plastics are the highest valuable plastics and easy to recycle.

“In the future, this ban will burden people again, that the ones affected are low income people such as waste colectors who pick up plastics. In addition, the current ban is targeting on high valuable plastics and easy to recycle, such as kantong kresek as high value and easy to recycle for paving materials and turn into plastic bags,” she said.

However, Director Executive of Indonesia’s Plastic Bag Diet, Tiza Mafira, said that based on their research, there has been no waste banks ever want to accept the single use plastics to be recycled.

“The best indicator is that waste banks in Jakarta rarely accept kresek and as far as we know, we haven’t found waste banks accpeting kresek,” said Mafira adding that there are other researches confirming that kresek low value and not the target of mostly recycles.

She cited a research done by World Bank Group, Coordinating Ministry of Maritime, that stated there’s only 20 percent of plastics in Indonesia with high quality and suitable for recycle, hence it affected on the lowest rate of recycling efforts, for only 5 percent out of the total plastic waste into the recycling industry.

READ ALSO: Indonesia Returns Contaminated Paper Waste to the US

“Kresek is not easy to be recycled as waste banks that we surveyed in Jakarta do not accept them for its selling value. For PET, we know that it’s of high value, according to the association, the level of recycling only reaches above 50 percent. The ministry of public works and people’s housing states that kresek cannot be recycled, so they have the pilot to turn into into asphalt. It’s okay to test those programs and watches for toxins as the side effects, but just get them from the ones piled up in the landfills, rivers and oceans,” she said.