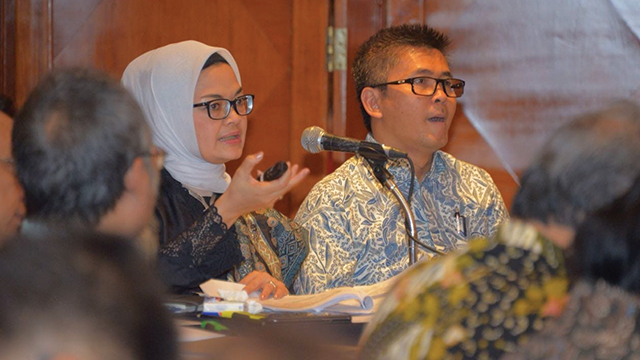 Surabaya (Greeners) – Indonesia is currently preparing for Drugs and Food Monitoring bill which expected to be finalized in 2019, a senior official said in Surabaya, on Tuesday (18/12/2018).

“It is in the house of representatives and the discussion with the government by early next year. So, hopefully, next year it can be finalized so that people can consume foods and drugs which comply with the aspects of safety, quality and beneficial, so that our nation can compete in drugs and foods beverages,” said Penny K. Lukito, head of Indonesia’s Drugs and Foods agency or locally known as BPOM.

Lukito said that the country needs the bill because tradition medicines, foods and cosmetics are vulnerable for human bodies, hence, they should be regulated under the law.

“The clauses in the law will ensure that medicine and food products from producers will meet safety and quality requirements with BPOM is watching the pre-marketing,” she said. “In addition, monitoring and law enforcement would be strengthened and resulted in deterrent effects.”

The law is expected to become strong legal basis on packaging food monitoring, which already being regulated in the 2012 Law on Food and its derivatives to ensure safety, quality and its nutrition as parts of The 2025 Indonesia Healthy campaign.

The bill is an initiative of the house of representatives and has been included in the 2015-19 National Legislation Program, and a priority in 2018. The urgency of the bill comprises of competitiveness of drugs and food industry, technical guidance for drugs and foods entrepreneurs to meet the requirements, and law enforcement.