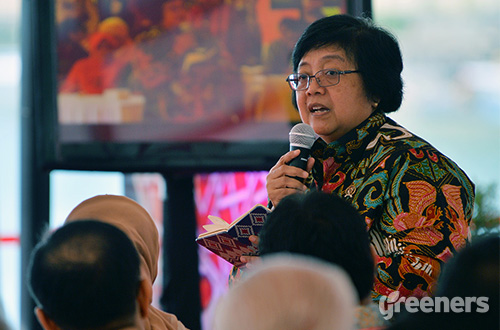 In addition, Ministry of Environment and Forestry underlined its stands with the people by allocating 12.7 million hectares for social forestry.

On law enforcement, sanctions are still given to companies burning down forests. Wild plants and animals protection, environmental pollution control are among achievements of law enforcers, which is less than a year being formed in the ministry.

All achievements, under Minister Siti Nurbaya, are still needed to be improved as there are works far from satisfying, especially in building neat and organized institution, not systematized policies and measurable work results.

Before 2016 ended, Minister Siti said that national parks management was not yet maximized though “Lets Go To National Parks” campaigns have been launched and there have been less improvement, especially in tourism infrastructure. Nevertheless, there are countless of potentials can be achieved if national parks are managed properly.

On deforestation, forest fires and illegal logging are also the targets for 2017. Through social forestry, Minister Siti said that deforestation could be tackled with people’s involvement. The strategy, she said, was in line with government commitment as instructed by the president to be present for the public.

In 2015, Minister Siti acknowledged forest and land fires from nine provinces contributed to deforestation. Meanwhile, in 2016, she claimed that the ministry had reduced hotspots drastically through intensive prevention and management. 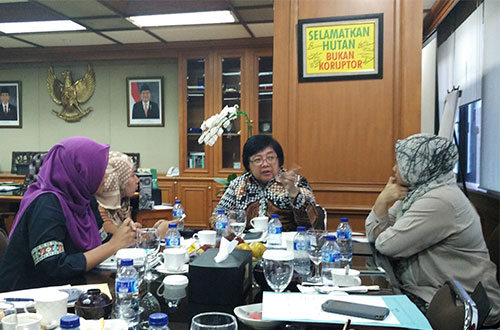 “International world always blames Indonesia on deforestation, though we have done lots of efforts. Deforestation in 2015 was devastated but we answered in 2016. We have reduced hotspots lead to no more air pollution, except in Riau, on Aug 23-29, which only be felt two hours in Singapore. So, it was not so devastated,” she said.

On deforestation from illegal logging, she said the decline was significant though did not give specific numbers. The decline was based on patrols conducted in 2016 in seven provinces.

Furthermore, Indonesia was the first country to issue Forest Law Enforcement and Governance and Trading (FLEGT-license) to contribute in reducing illegal logging practices.

“To measure deforestation is not easy. Indonesia, this vast, compare to neighboring country with the size of Jakarta, is not comparable,” she said.

On climate change control, Indonesia has committed to ratify Paris Agreement under No.16 Year 2016 but there are lots of home works need to be done, especially on regional level.

“Well, we cannot turn the eye blind. Climate change is about lifestyle so it is hard to interpret. But, we have mapped out provinces which are advanced on the knowledge on climate change,” said Minister Siti.