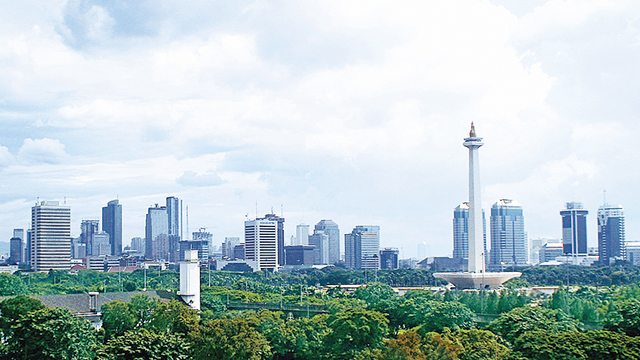 Jakarta (Greeners) – Following President Joko ‘Jokowi’ Widodo announcement to move Indonesia’s capital city, DKI Jakarta, to other region, assessments for the plan have been going on and important phases will be implemented before 2024.

The assessments will include from other countries who have moved their capital city, such as Myanmar, Brazil, Nigeria and Kazakhstan.

On 29 April, President Jokowi states that moving capital city requires good planning. The plan to move the capital city has been started since President Sukarno and continued by his successors, but never came into realization.

On an press release by Cabinet Secretariat, President Jokowi states that if Indonesia wants to be a developed nation, the first question needs to be addressed is whether DKI Jakarta as the capital city can carry two burdens, as central of government and public service, and business center, in the future.

“Most likely not. So, it needs to be moved to make Indonesia as a developed nation in the future,” said President Jokowi.

Bambang Brodjonegoro, Minister of National Development Planning/Head of National Planning Agency, said that there were assessments for moving the capital city between 2017 and 2019.

Based on the assessments, there are important phases need to be implemented before moving the capital city can be realized by 2024.

This early assessments comprise of social demography and economy, land availability as alternative location, design concept, study of alternate sites for a new capital city in Indonesia or pre-feasibility or technical studies of the location, which includes strategic environmental assessment and environmental impacts analysis.

“This 2019, all of the assessments are completed and there’ll be decision about the location. Once there’s a decision, the next process is to consult with the lawmakers to agree on which legal product needed, either law, bill, supported by academics studies,” said Minister Brodjonegoro in Jakarta on Monday (13/05/2019). “Meanwhile, in 2020 is the phase to prepare the lands and ensure the status of the lands, including to prepare its basic infrastructure.” 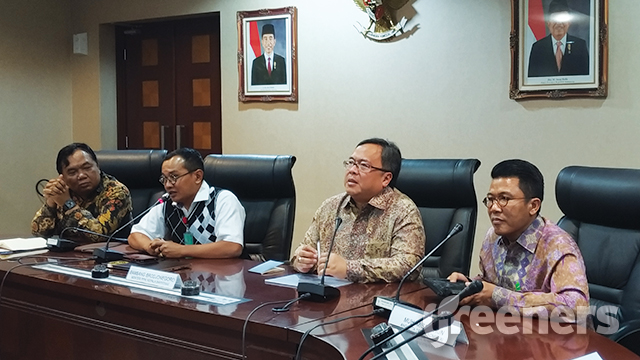 Bambang Brodjonegoro, Minister of National Development Planning/Head of National Planning Agency, (second person from right side) said that there were assessments for moving the capital city between 2017 and 2019. Photo: greeners.co/Dewi Purningsih

Furthermore, in the period of 2022-2024, Indonesian government will be focusing to land availability and release, set up Detail Engineering Design of core zone of central government, groundbreaking, basic infrastructure development and central government facility, and expansion area planning.

“The new capital is only for 1.5 million in the first phase at maximum. The prediction of civil servants and legislative and judiciary is 195,500 people, police and national army 25,660, their families 884,840 and business people 393,950 people. The total is 1.5 million people, that is after the new capital city is finalized for five to ten years. In addition, the new capital city will be listed as one of ten biggest city in Indonesia,” he said.

Furthermore, he said that all assessments and phases implemented will also refer to other countries which successfully moved their capital cities, such as Malaysia, South Korea, Brazil, Kazakhstan, and Nigeria.

Quoted from Telegraph, a few countries managed to move its capital city, for instance Nigeria, from Lagos, one of the crowded cities in Africa, to Abuja in 1991. The city was considered to be more neutral to ethnic groups and religions in Nigeria. Nearly 2.5 million of people living in Abuja.

Other nation is Brazil, which moved the capital city from Salvador to Rio de Janeiro in 1960 due to economic reasons as it was leaning on mining, and for the reason that it was closer to center of state.

For its early development, Brazil only needed 41 months, between 1956-60, to built the new capital city and saw rapid growth. More than three million people lived in Rio de Janeiro and it gained the highest gross domestic growth per capital in Latin America. This success inspired other countries to move their capital cities, including Indonesia.

However, there are also failures, such as Myanmar which moved the capital city to Naypyidaw in 2005. Telegraph visited the capital city and describes it as “An empty city with no cars in the streets and no people. Only 200 miles to the south, former capital city, Yangoon (Rangoon), is full of people and temples”.