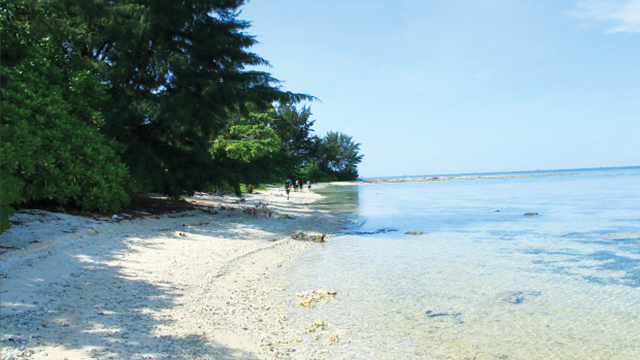 Jakarta (Greeners) – People’s Coalition for Fisheries Justice, or KIARA, uncovered the practice of selling Indonesia’s small island for a total of Rp243 billion (US$17 million) via online, said its secretary general, Susan Herawati, in Jakarta, on Saturday (16/03/2019).

Herawati said that selling small islands is against the 1945 Constitution which states that Earth, water, and natural resources are owned by the State and used for people’s welfare.

“According to our observation, the practice of selling small islands has been going on for the last two to three years and we couldn’t detect who owns [the islands]. It means there’s a high security. We have talked about this to the government [Ministry of Marine and Fisheries Affairs] but never been responded,” she said.

Based on KIARA observation, the island being sold was Dua Barat Island, an island near Tidung Island of Thousand Islands. The 7.840-hectares was being offered online on a website called www.99.co for Rp243 billion or US$17 million.

“The practice of selling small islands of Thousand Islands of DKI Jakarta needs to be investigated and this is a form of violating the constitution. The government needs to take firm action against this practice in Thousand Islands,” she said adding that Dua Barat island is an irony of state sovereignty because it happens in the capital city.

“If this kind of practice can easily happen in Jakarta, what about other small islands in areas with minimum state monitoring,” she said.

Based on KIARA Data and Information Center in 2018, there are 110 islands recorded in Thousand Islands, with at least 60 islands owned by private sector.

“This fact explains how sovereignty in Indonesian waters is not enforced,” she said.

The practice of selling small islands is a concerning issue. Apart from www.99.co, other site that openly selling islands is www.privateislandonline.com offering to sell Tojo Una-una island in Central Sulawesi and two coastal areas in Sumba island of East Nusa Tenggara.

Small islands management in Indonesia is regulated under the 1960 Law on Agrarian and National Land Agency Ministerial Regulation which ban foreigners to purchase and own lands in Indonesia.

Foreigners are given the rights for business, use or lend of building. In addition, foreign investment of small islands must refer to the 2014 Law on Coastal Areas and Small Islands Management.