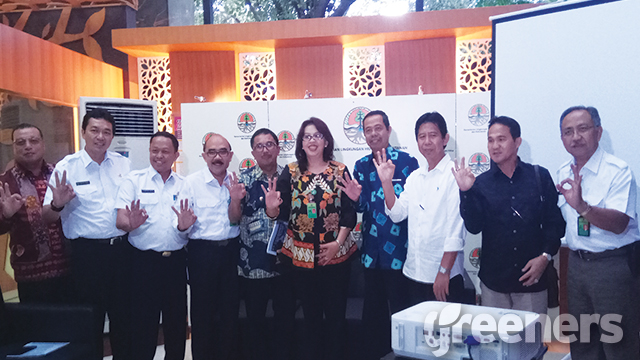 Jakarta (Greeners) – Approaching National Waste Day, Ministry of Environment and Forestry (KLHK) held a meeting with local governments of Jakarta, Palembang, Semarang, Balikpapan, Surakarta and Musi Banyuasin to discuss on Three Months Free of Waste which was launched in 2018, said a senior official in Jakarta, on Wednesday (21/2).

Director General of Waste and Dangerous Toxic Management, Rosa Vivien Ratnawati, said that clean Indonesia was not the works of central government but also support from local governments and public.

“We have to work with local government to implement waste management. The letter No. 1 Year 2018 on HSPN encourages and assess the works of local head of districts, governors, bupaties, and mayors with Three Months Free Waste,” said Ratnawati in Jakarta on Wednesday (21/2).

On waste management, Balikpapan Mayor Rizal Effendi said that his administration has a priority program to support the initiative and defend its title as The Cleanest City since 1996. The program has incorporate local curriculum on environment in schools in Balikpapan and campaign about the importance to sorting waste.

“We build schools near the environment so they really love the environment and know the reality. We are also campaigning on sorting to reduce the wastes in the landfills, such as in Gunung Bahagia of Balikpapan,” said Effendi.

Balikpapan allocates Rp1.2 trillion of which Rp 60 billion per year for environment issues. “We build this Clean City for more than 30 years. It cannot be realized in just one or two years,” said Suryanto, head of Balikpapan Environmental Agency.