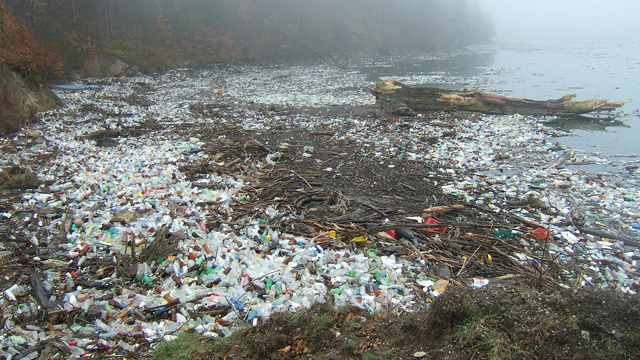 Jakarta (Greeners) – For the past year, waste issues, including plastic waste management, waste facilities and landfills, oceans wastes to the latest video of cleaning service from PT Pelni threw waste from KM Bukit Raya to the ocean, prompting new movement of clean up actions initiated from Ministry of Environment and Forestry and other activists.

Sarwono Kusumaatmadja, former Ministry of Environment during Development VI Cabinet, between 1993-1998, said that waste issues and management have become common issues and could not be tackled by one institution. Kusumaatmadja said that the ministry could not any longer be leading sector in waste management but also to take role to harmonize the institutions, either government agencies, people, communities, donor countries and NGOs.

“The concept of leading sector is ancient. Ministry of Environment and Forestry should be the one to harmonize between agencies considering ego-sectoral happening now. They don’t realize that they’re depending each other,” he said in Jakarta on Friday (1/9).

READ ALSO: Ministry of Transportation Admits Lack of Monitoring for On Board Waste Management

He said that waste issues could no longer be approached from administrative and bureaucracy, meaning it is no longer about who is in charge to solve the issue as it’s a strategic issue underlining the needs for communication and behavioral change. The involvement of all parties in waste issue is positive indication that waste concerns have increased.

He said waste management institution might have been left out of the massive waste issue in Indonesia. The handling, he said, would only be effective if preceded by communication and behavioral changes.

Currently, there is an increase on waste issue that had led to initiatives and innovation. Consequently, institutional approaches are needed to adopt all real initiatives to reduce waste volume.

“So, it is no longer about who’s the leading sector. Legal administrative and bureaucratic approaches are important but strategic one is behavioral change,” he said adding waste management issue had been stipulated by the law.

On recent case of KM Bukit Raya, he said there were other regulations on waste management, such as Marine Policy Annex V for shipping and International Civil Aviation Organization for airplanes.

“The ships and planes have limited route so they need to follow international regulations. There’s Marpol for ships and ICAO for planes. So in relation to Ministry of Environment and Forestry, only communication,” he said.