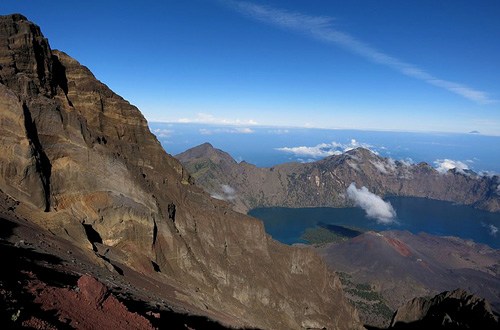 The site is also famous for its caldera and volcano unsurpassed by any other active volcanoes on earth, he said. In addition, growing public concern for Mount Rinjani has kept the area to be well maintained and professionally guarded.

“In the future, it might need more information on Rinjani’s history, such as its eruptions, its impacts to nature and people. It would be a good idea to establish a museum such as Mount Batur Geopark Museum in Bali,” said Bachtiar.

Tachrir Fathoni, Director General of Natural Resources Conservation and Ecosystem of Ministry of Environment and Forestry, said that government would supported and encouraged Mount Rinjani to be included as national geopark, especially as the site has yet to be recognized in the country’s national regulation.

Furthermore, Fathoni said that the world had recognized mountain national parks in Indonesia were potential to be listed as world’s geopark. Unfortunately, Indonesia does not have legal ground to accommodate touristic development such as Mount Rinjani National Park.

“It is why we push forward through revision of [Conservation] Law No 5 Year 1990 to gain legal guidance,” he added.

On management issue, he said that the government would increase facility in Mount Rinjani.

He had been in communication with Directorate General of Waste, Toxic, and Hazardous Waste to tackle waste issues in the site considering recent survey found that Mount Rinjani produced 160.24 tons of waste per year. The survey was conducted in ten mountain national parks and five mountains in Indonesia from April 11 to 24.

Next week, UNESCO assessor team would begin a series of evaluation and assessment on Indonesia’s second tallest volcano’s feasibility before officially listed as UNESCO Global Geopark.

If according to plan, Mount Rinjani National Park will be inaugurated on September at UNESCO Global Geopark Congress in UK.

The UNESCO assessor team, consists of Maurizio Burlando of Italy and Soo Jae Lee of South Korea, had been in Lombok since May 17, accompanied by Observer Assessor Ibrahim Koomoo and Nurhayati, Asia Pacific Geopark assessors from Malaysia with special invitation from Indonesia government. The team conducted evaluation for three days. 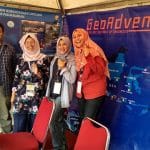