Jakarta (Greeners) – Marine tourism has its own attraction especially for those who enjoy under water scenery.

Indarwati Aminuddin, Marine Tourism Coordinator of WWF Indonesia, said if tourists did not opt for environmental friendly package then their activities would lead to destruction of marine biodiversity.

In addition, Ministry of Tourism had targeted four billion dollars income by 2019. Sixty percent of marine tourism will be focusing on beach destination, 25 percent covers marine landscape such as yacht and cruise ship travel and 15 percent will be coming from under water attraction such as snorkeling and diving.

“However, most of these tourists would prefer to observe marine biodiversity such as pelican, turtle and dolphin. Observing and interacting with these animals without considering their sensitivity can cause disruption to their behaviour, cause injuries and even death,” said Indarwati to Greeners, in Jakarta on Thursday (05/11).

Furthermore, animals also found injured and dead after got hit by plane’s propellers.

Over observing activities can also lead to stress for animals as mothers would be strayed from its children. Consequently, the separation will reduce their chances to survive.

“The guide for observation and interaction launched by WWF Indonesia should be able to help tourists to be responsible in doing their marine activities anywhere they go,” he said. 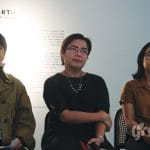