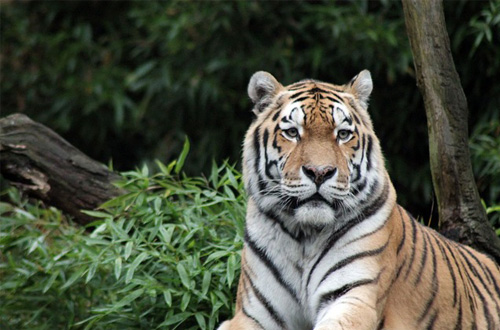 Jakarta (Greeners) – Following fast decline of Sumatran tiger (Phantera tigris sumatrae), the Big Cat is predicted to have only 3,000 individuals around the world with less than 400 left in its own habitat, Sumatra island, said an activist in Jakarta, on Tuesday (2/8).

“Specifically, WWF-Indonesia will encourage the establishment of Conservation Forest Management Force Unit in Bukit Rimbang Bukit Baling Nature Reserves in Riau province, which is dubbed as crucial population pocket of Sumatran tiger and other endangered animals,” he said. “The areas also contain important value for local people, such as water tower in Bumi Lancang Kuning.”

WWF-Indonesia recorded at least 19 tigers death between 2010 to 2014 because of natural causes, conflicts and illegal hunting. The latter has been the main cause of declining population of Sumatran tiger in the wild.

“Consequently, efforts to double its population is becoming the focus in this year’s International Tiger Day, celebrated every July 29. If there’s no serious effort to save tiger, the world will lose the whole population within five yearstime,” he added.

Meanwhile, Director General of Law Enforcement, Ministry of Environment and Forestry, Rasio Ridho Sani, said that lack of forest police was part of the challenges in tackling wildlife crimes.

Out of the total 120 million hectares, the ministry only has 7,500 to 8,000 police, including special unit forest police, to guard the vast areas.

“That [number] is too minimum. You have to at least get three times of that. We have already requested adding more personnel from ministry of state administration and bureaucracy reform,” he said.

Furthermore, he said that the government was currently revising the 1990 Law on Natureal Conservation and Its Ecosystem as illegal hunters and traders were only getting a maximum of two years in prison.

Soenarto said that the punishment should have been increased to minimum 5 years in prison with Rp 100 million as the lowest fine.

He said that public can also support the government in tackling wildlife crime through ‘Gakkum’ application from the ministry. The application can be downloaded in iOS or Android. It can help users to identify, report and monitor animals or parts of them being collected or traded illegally.

“Besides Gakkum, people can also use application by Freeland Foundation dubbed, WildScan, which is made specifically to detect illegal wildlife trading,” he said.