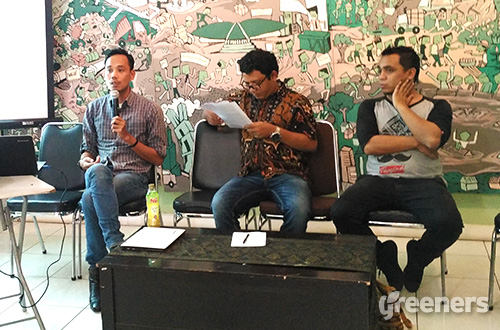 Zenzi Suhaedi, head of Research, Policy, and Legal Advocacy Department of Indonesian Forum for the Environment (Walhi), said that oil palm ban should also include expansion permits, evaluation on existing permits, and forested areas should be returned as protected areas.

In addition, returning forest areas to protected areas should not eliminated permit holders’ obligation to protect forest and other conservation areas.

“Moratorium is the same as protecting forest cover. Hence, this moratorium puts hope to stop oil palm expansion to other forest areas. Moratorium is not just stopping permit issuance but it needs to have added value, such as returning environmental carrying capacity,” said Suhaedi in Jakarta.

“Government should also revoke permits located in forest areas. To review oil palm concession permits in peatlands and restore areas burned down as part of law enforcement,” he said.

Maryo Saputra Sanuddin, Campaigner for Sawit Watch, said that moratorium, law enforcement, and best management were crucial as oil palm plantations in large scale have been causing massive environmental disasters, such as forest and land fires in 2015.

At least, he added, 16 percent detected in 2015 was located in oil palm plantations and 20 percent in pulp and paper concessions.

Based on Sawit Watch data, 717 land and environment related conflicts occurred in plantation sector. At least 59 percent out of 1,000 companies in Indonesia engaged in land conflicts with local people.

One of the example of land conflicts resulted to violence and criminalization of indigenous peoples is in South Sorong.

Indigenous peoples of Kampung Puragi of Metamani and Kampung Benawa of Kokoda have been in conflicts with oil palm company, PT Permata Putera Mandiri, a subsidiary of PT Austindo Nusantara Jaya.

“There has yet any significant law enforcement on corporations,” he said.” On the contrary, criminalization on indigenous peoples and local people have been increasing because of oil palm plantation expansion.”

Ministry of Environment and Forestry had given deadline on implementing oil palm and mining moratorium on June 2016. Secretary General at the ministry, Bambang Hendroyono, said that they were still discussing the legal grounds. He said that the ban would not disrupt Indonesia’s economic growth or business peoples.

“The moratorium is asked private sectors to optimize its performance especially on areas have yet to be planted,” said Hendroyono. “If the area is still in conflict then they need to resolve it.” 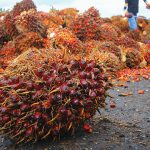