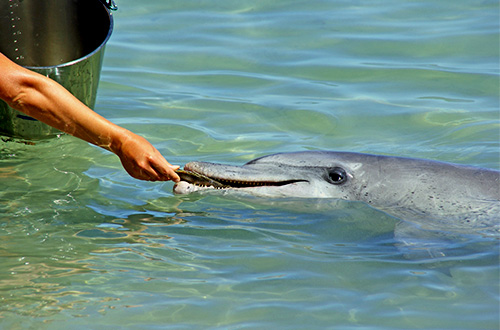 Jakarta (Greeners) – The finding of a finless porpoise in Kubu Raya waters, of Padang Tikar subdistrict, West Kalimantan province, had added the marine biodiversity importance to the area following the finding of Irrawaddy dolphin, or locally known as pesut by WWF-Indonesia since 2011.

Head of West Kalimantan Natural Resources Conservation Agency (BKSDA), Sustyo Iriyono, said that these findings worth to be proud of as it would make Kubu Raya as high conservation areas, marine and terrestrial.

From 88 cetaceans, 34 species is found in Indonesia of which three of them are found in Kubu Raya district with complete composition.

Action plans to raise awareness and socialization on the marine mammals, said Iriyono, needs to done as they are protected under the 1990 Law on Conservation and the 1999 Presidential Regulation on Plants and Animals Preservation.

“People needs to protect and conserve the habitat so it can be named as Essential Ecosystem Area,” he added in a press release to Greeners, on Thursday (10/11). 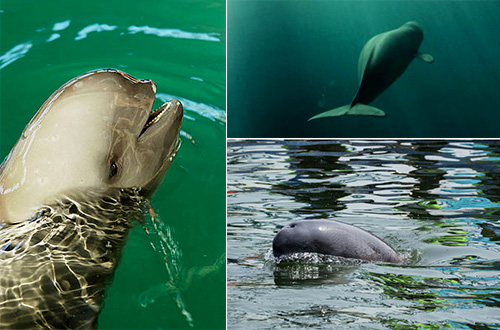 Furthermore, he said that the finding of finless porpoise had been confirmed through DNA test by West Kalimantan BKSDA, WWF-Indonesia, and Indonesian Biodiversity Research Center of Udayana University for the past seven months.

“DNA test on the finless porpoise found in Kubu Raya waters is very crucial considering lack of data on this species in the world,” he added.

READ ALSO: In Indonesia, Protected Whale Shark Available for Tourists Under These Terms

Finless porpoise is the smallest Cetacean with less than two meters long. Other Cetaceans are whale, dolphin, and Irrawaddy dolphin.

Porpoise, said Tiju, different from other Cetacean was shy and less acrobatic species, so rarely can be found in the surface, except for breathing, compare to its cousin, dolphin who was more interactive and loves to jump high so easy to spot.

Consequently, it’s researching porpoise is very hard to do with minimum interaction with humans. No other countries, including Indonesia, have documented the species thoroughly.

“For us, finding this species in Kubu Raya add more important information on finless porpoise’s existence in Indonesia,” he said adding that the finding will be reported to the 2nd Southeast Asian Marine Mammal Stranding Network Symposium – Workshop – Training.