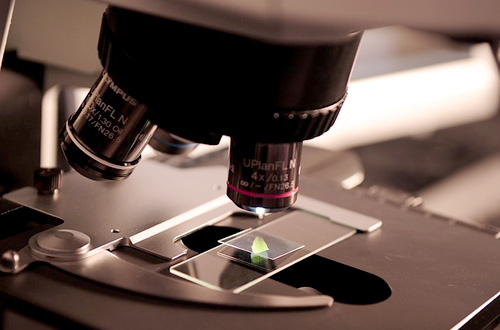 Ministry of Environment and Forestry stated that the revised bill will need to include protection for genetic resources and traditional knowledge as part of the country’s biodiversity richness.

Head of Environment and Forestry Engineering Center at the ministry, Indra Exploitasia Semiawan said that biodiversity in Indonesia must be seen from the levels of genetic, species, and ecosystem.

Indonesia’s genetic resources potential can be found in plants, animals, microbes, and traditional knowledge located either in and out conservation areas.

Indra also said that protection and researches for genetic resources were still weak.

“For example, virus found in wild birds, H5N1 virus,” she said. “If there’s a proper research, we can find vaccine for avian flu and we should be able to develop the vaccine,” she said to Greeners in Jakarta, on Sunday (13/03).

Furthermore, Indra said that H5N1 virus was brought by foreign scientists to Indonesia which then managed to develop the virus for free and now receive the benefits from the vaccine as Indonesia imported the virus back to be used back home. This is can be categorized as biopiracy or genetic resources theft.

“We have to protect this knowledge. If the knowledge is discovered by foreign [people], took it outside and patented it then it is ‘stealing’. In the revision, we will regulate it,” she added.

“There are wild animals that genuinely like that, but when they come out of the real habitat, the virus can be mutated. We don’t have these kind of data. What we have is after it spread out, for example Zika virus. That is called emerging infectious disease and it is very dangerous,” she said.

In addition, damaged habitat also increase the virus from spreading out, such as avian flu virus. The virus will not affect its carrier, or the bird, but it moves to poultry and causes death which makes it lethal as it can spread to humans.

“It has become a serious concern at Global Health Security Agenda. South America experienced massive cases of avian flu as a result of high tropical forest damages,” she added.

Rahmat Fauzi of Coordinating Ministry for Human Development and Culture, said that only conservation law that could tackle this issue. Meanwhile, genetic resources such as virus can only be depending on Memorandum of Understanding or Ministerial Regulation.

“It also includes researches on virus potentially coming from wild animals,” he added.

He said that many scientists were not familiar with Material Transfer Agreement mechanism when researching on microbes, including its genetic resources richness. If they discover, the findings would not be automatically be patented or could not be patented due to the agreement.

Indonesia is the head of 2016 Global Health Security Agenda replacing Finland. The international forum discusses agreement to tackle infectious diseases. In addition, the meeting also talks about research on virus eradication and bioterrorism among 40 nations.

Indonesia, as head of the forum and representative of developing nations in Asia, will announce its stand at the meeting.