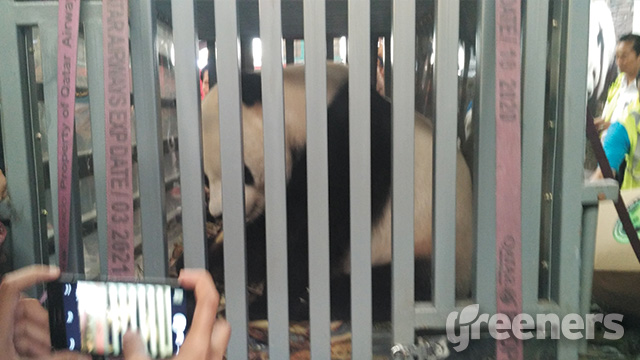 Jakarta (Greeners) – Indonesia welcomes a pair of giant panda from China for breeding loan as part of Memorandum of Understanding between Indonesian and Chinese governments, along with business to business agreement between PT Taman Safari Indonesia with China Wildlife Conservation Association (CWCA), on August 1st, in Guiyang, China.

The pandas were born on August 2010 resulted from CWCA breeding program. The two pandas, Cai Tao (male) and Hu Chun (female), are in good condition with each weigh 128 kg and 113 kg, respectively.

These giant pandas, Ailuropoda melanoleuca, are categorized as Appendix 1 CITES, an endemic and icon of its origin country.

China’s Acting Ambassador for Indonesia, Mr. Sun Weide, said that the loan can promote both countries’ friendships, adding that the Yin-Yang philosophy was inspired by the black and white stripes of the panda.

Yin and Yang are believed to become the balance of Chinese people. The basic nature of panda which is a soft animal as believed under Yin and Yang philosophy can bring peace and harmony in life. It is why the animals are often used as a token of friendships from China to other nations, in addition to preserve its population under ex-situ conservation.

Up to date, there are 15 countries have established cooperation on giant panda conservation, — Thailand, Singapore, Malaysia, Japan, South Korea, Australia, Germany, Austria, Spain, England, Belgium, France, Netherlands, US and Canada –. Indonesia is the 16th country to welcome the species.

“Giant Panda is China’s limited treasure. The cooperation has been in discussion since 2013, after President Xijnping’s visit to Indonesia and President Joko Widodo’s visit to China on March 2015. I hope the giant panda will live healthy and happy and bring happiness for Indonesians,” said Mr. Sun Weide, in Jakarta, on Thursday (28/9). 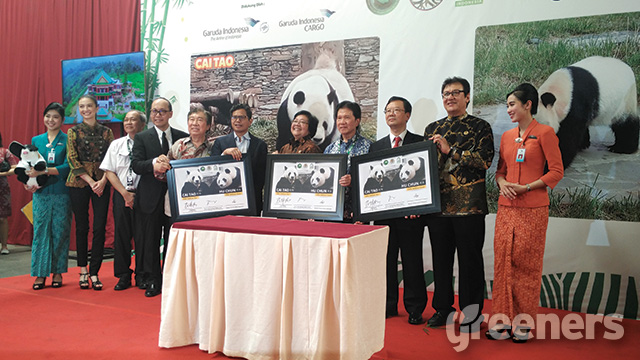 Minister of Environment and Forestry, Siti Nurbaya, expressed gratitude towards Chinese government for the trust on Indonesia to conserve the giant panda in the country.

Ministry of Environment and Forestry as patron of Conservation Agencies have appointed PT Taman Safari Indonesia as breeding loan location. Based on Ministry of Forestry Regulation issued on 2014, breeding loan from foreign countries must be under conservation agencies.

Jansen Manansang, director and owner of TSI, said that Taman Safari had prepared the Indonesian House of Panda suitable for their needs to adapt with the environment, in addition to doctors and cleaning services.

PT TSI in Cisarua, Manansang said, had built facilities including the 1,300 square meter of space since 2014 which will serve as feeding ground of ten hectares of garden with 20 types of bamboo trees.

“Hopefully, these pair can soon adapt with the new home in Taman Safari Indonesia, Cisarua, and Indonesians can also be excited with them here,” he added. 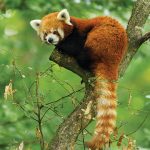 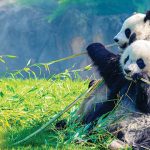