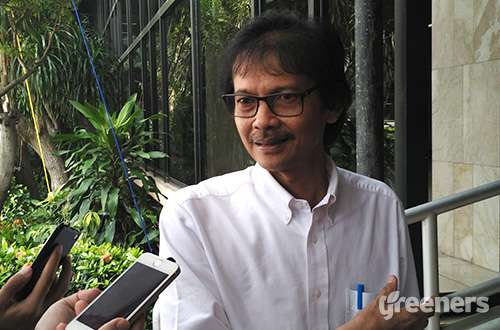 Jakarta (Greeners) – All parties involved in establishing Nationally Determined Contributions (NDC) should have had the same perception in the modelling and assumption, said a senior official in Jakarta, on Thursday (11/8).

Director General of New Energy and Energy Conservation, Rida Mulyana, said that inter-department cooperation was needed to set up the document before submitted to United Nations Framework Convention on Climate Change (UNFCCC) in September 2016.

“It should be a team work, no ego between departments. We have to be on one team. I am honestly glad that we had this meeting now or we might have ended just going with our own agenda. Whatever promised we give to international world might not have been achieved,” said Mulyana.

“Director general of climate change control stated that the contribution had included National Energy Action Plan but I need to confirm on that,” he said. “The most important thing is that UNFCCC is ahead and we will continue communication with DG which is the focal point.”

Based on communication process between ministries/institutions and experts, the modelling used for 2030 scenario is based on greenhouse gas emission potentials, policies and programs, and new initiatives for each sectors.

Furthermore, Masripatin said that NDC development was conducted by team. First, to breakdown contribution to main sectors. Then, adjustments to accommodate current development, nationally and internationally.

“We expected to submit NDC to UNFCCC on September, ” she added.

2 Mar 2017
ESDM: New and Renewable Energy No Longer An Option
News In EnglishMore News in English