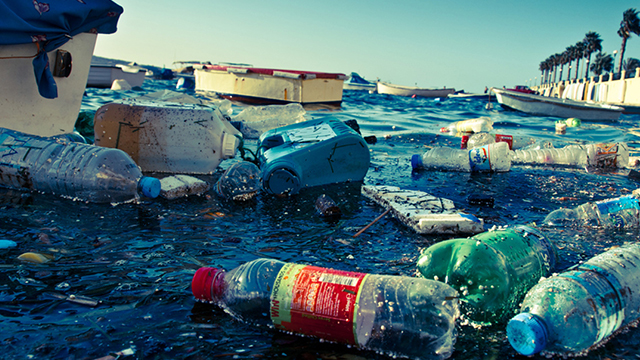 Jakarta (Greeners) – In a recent publication in Science journal, Dr. Jenna Jambeck of University of Georgia, listed Indonesian as the top five contributor of ocean waste, with China as number one, and the Philippines, Vietnam, and Srilanka following as third, fourth and fifth, respectively.

Their data included the state’s economic growth, waste volumes in average, waste management, and population within 50 kilometers radius of coastal areas. However, the origins of those wastes have yet to be determined.

Zainal Arifin, an ocean researcher of Oceanography Research Center, Indonesian Institute for Sciences, said that it would not be easy to study the current which had brought the waste to the country.

However, based on information and current phenomena, waste plastic brought by sea currents heavily depending on the season. In Indonesia, Arifin said, dominant current is Indonesian Throughflow (arlindo) flows from West Pacific Ocean to Indian Ocean. The current is strong, especially 100 meters deep. Based on arlindo, he suggested wastes from Pacific Ocean were brought by the flow to Indian Ocean.

“From Indonesian Throughflow, those wastes in Pacific Ocean could be brought to Indian Ocean,” he said to Greeners.co, in Jakarta on Wednesday (16/8).

Furthermore, he said that those wastes coming to Indonesia could also from other neighboring countries, especially from traditional boats or ships from Southeast Asia or East Asia nations which have disregarded regulations from International Maritime Organization (IMO).

“Those traditional boats are not only from Indonesia, but also from other countries. Those ships threw their wastes in the seas,” he said. “The wastes could also come from East Asia when the wind moves through Pacific Ocean. This is only hypothetically, it is not easy to determine the origin of the wastes, unless they have it written in the packing.”

On ocean plastic waste, ocean researchers of LIPI through Widya Nusantara Expedition have conducted several studies on microplastic or degradable plastic with smallest size, less than 5mm, in the last two years.

Research collected samples of sediment between May 7-18, 2015 during the 2015 Expedition, which was a part of Indonesian researchers’ contribution for the 2nd International Indian Ocean Expedition, on 66.8 to 2,182 meters below sea level.

Microplastic analysis of the sediment was done through flotation method. Researchers discovered microplastic in eight out of ten sampling locations, with 41 particles of microplastic with beads (35 particles) and fiber (6 particles).

Most of the microplastic particles found in the depth less than 500 meters with 20 particles.

The discovery of microplastic with sediment from western part of Sumatran sea on the 2,000 meters deep, revealed that plastic which was considered as new developed material (as early as 19th century), had invaded oceans territory, including intact areas.

“This justifies the statement that plastic waste had spread out to other oceans and seas, including remote areas and most parts of unknown seas. Besides consume by fishes, microplastic most often is covered or tied with other toxic substance, such as oil spill waste,” he said.