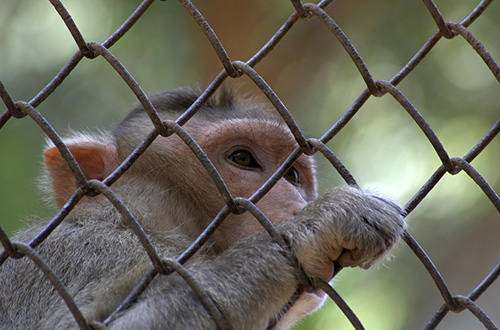 “There are more than 40 primates, starting from the largest Sumatran orangutan to Tarsius the smallest [primates] across the Archipelago,” said Mukti.

Unfortunately, more than 80 percent of primates in the country is listed as nearly extinct.

Based on 25 Primates Facing Extinction in The World 2014-2016, three coming from Indonesia, — Tarsius Siau, Simakobu, and Sumatran orangutan.

Hence, she added, it was more important than ever for all stakeholders to protect this biodiversity.

Land use changes, hunting and illegal trading, are among some of factors contributing to their extinction.

Furthermore, Mukti said that illegal wildlife trade has become an issue as these primates were domesticated and collected.

“Demands drive illegal wildlife supplies. If the market keeps on demanding, the sellers will try to maintain their stocks by capture more primates from their wild habitat. This has to stop,” she said dubbing it as the ‘vicious circle’.

Ironically, she said, primate collectors do not understand that behind their hobby lies unspeakable cruelty. Primates have same similarities, physically and attitude with humans. Collectors prefer infant or baby primates as they are much easy to domesticate or train.

The Moms would normally carry their babies everywhere. When her life is threatened, she would take the bullet to save the offspring. It means for every baby primate sold it also most certain that one female primate died in the process.

“In 2016, there was 60 events during Primate Day, in 30 cities. We are hoping more cities to get involved this year,” she said.

Ayu Dewi Utari, head of natural resources agency, said that people’s awareness on wildlife started to show when they decided to hand over their pets to the state.

“These animals got into rehabilitation and finally released to the wild again,” said Utari,

Iwan Kurniawan, Project Manager of Javan Langur Center (JLC), said that of 75 langurs rehabilitated at the center, 19 or 25 percent came from illegal wildlife trafficking. Meanwhile, 33 individuals or 44 percent was handed over from people domesticated them.

“For the translocation or repatriation, there are 23 individuals,” said Kurniawan adding that center is located in Coban Talun, Batu, East Java.