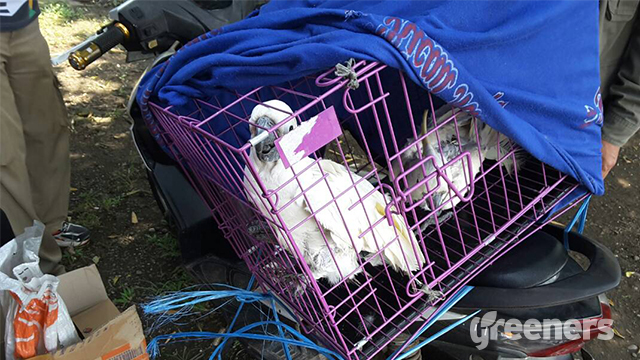 “AN is a college student and resides in Neglasari village, Bojong Picung subdistrict of Cianjur. AN is suspected to be the dealer or animal trader for protected animals,” said Bastiawan in Jakarta, on Friday (16/6).

Furthermore, Bastiawan said that the arrest resulted from public information on illegal wildlife trading conducted through social media which was followed up by West Java Task Force on Plant and Animal Evacuation and Rescue.

“The arrest was in Waru Doyong village, Cikalong Kulon subdistrict, Cianjur district, West Java province. Both traders were under investigation in Cianjur police station for developing the case of illegal wildlife trading through social media,” he said.

Meanwhile, Director General of Law Enforcement at Ministry of Environment and Forestry, Rasio Ridho Sani, said that illegal wildlife trading was done openly in public despite of the ministry’s campaign on protected and saving protected animals through social media.

Both traders, said Sani, were subject to law issued in 1999 and could face five years in prison and one hundred million rupiah of fine.

“We are hoping for people to continue cooperate and deliver information on illegally domesticated animals or wildlife trading,” he underlines.