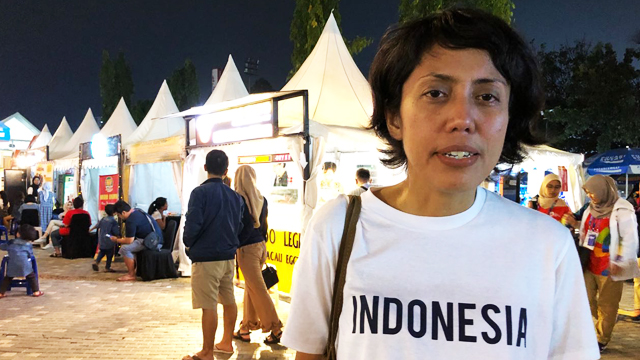 Jakarta (Greeners) – The 2018 Asian Games, ended on Sunday (3/9/2018), added one among the new ten sports, Waste Disposal Sport, which was coined by Uci Galuh Kesumanjanti, a creator of pictogram.

Kesumanjati iniated the ‘sport’ after observing people were littering in the venues. The aim is to encourage athletes, officials, and supporters of Asian Games to put waste in the bins.

“Initially, the idea is to get people to stop littering because I was really annoyed with littering while there are bins available everywhere. The moment fits with Asian Games. So, we decide to set up a new sport, waste disposal,” she said to Greeners, on Saturday (25/8/2018).

She designed the pictogram, adjusted with the official logo of 2018 Asian Games, for the new sports. It took a week to complete.

She did not get permission to put her logo, at first, however, she was informed of the Less Waste More Games program held by the officials making the pictogram to be approved by Inasgoc, Asian Games Organizing Committee, Environment and Forestry Ministry, and Creative Economics Agency (Bekraf).

“Starting from there, I created this sport and supported by Less Waste More Games. I designed the pictogram and it was got positive respond, one was from Triawan Munaf (red : head of Bekraf),” she said.

About the rules of games, she said that the sport is easy for everyone, from athletes to supporters. For instance, if you are walking, running, or jumping and see waste, pick it up, look for the bins, and throw according to its types.

“Let’s burn calories to trash bins. It can be competing for speed, for sanitary, clean up wastes. Let’s be Indonesian athletes of waste disposals. Shows that you are the champions,” she promoted on her Instagram.

She said that Indonesians are aware about good attitude of waste disposal. “Besides embarrass with other countries, it also our losses,” she said.

Director of Waste Management, Ministry of Environment and Forestry, Novrizal Tahar, said that government is applying Less Waste More Games for the 2018 Asian Games and the sport will be supported as a new branch in the event.

Furthermore, he said that public shows care towards waste. Nevertheless, the issue to change public behavior is not an fast and instant thing.

“To change public behavior is not the issue of speed but we look for public attention is currently high on sanitary and waste issues. I notice nearly all friends in social media provide information whether Gelora Bung Karno [stadium] is clean or filled with trash. It shows attention, hopefully it will encourage change of habit and increase our civilization,” he said. 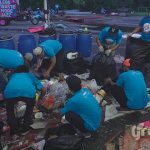 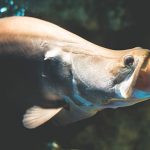