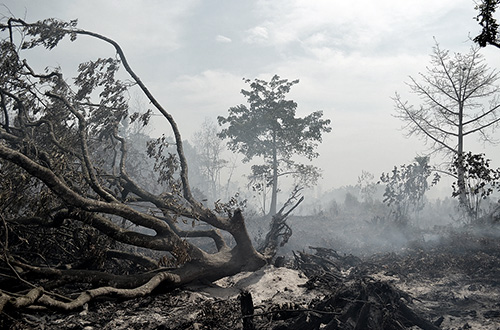 The preparation would begin in 2017 to 2019 with the agency’s main role was to provide fires prone peats map, said Wardhana.

He said the map would also included data from Meteorological, Climatology, and Geophysics Agency and National Institute of Aeronautics and Space (LAPAN).

“The team would refer to peatland restoration indicative map which we’re currently developed, include the prone areas map,” he said.

Previously, Bambang Brodjonegoro, head of National Development Planning Agency, said that the fires have caused at least Rp 221 trillion loss, — from flights cancellation, offices closed down, and other economic activities –, for the country in 2015 which makes preventing fires more crucial than putting them out.

READ ALSO: Ministry of Environment and Forestry Wins A Lawsuit Against PT NSP

“Peats are also included as the threats are increasing due to land use changes into plantation,” he said.

16 Jan 2019
VP Jusuf Kalla: All is Responsible to Maintain Cleanliness