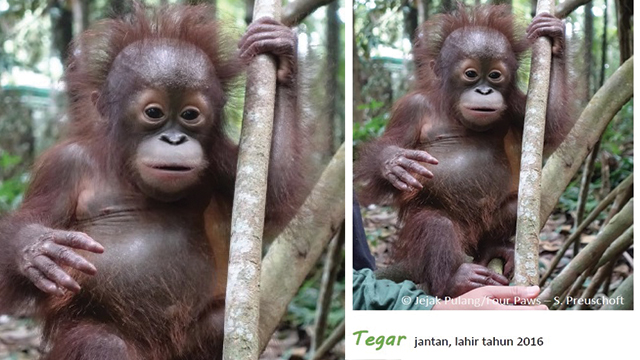 READ ALSO: Report Reveals 71,820 Orangutans Left in the Islands of Sumatra and Kalimantan

Pamungkas said that with orangutans kept coming to rehabilitation and reintroduction showed not optimum effort to reduce conflicts with the species, including animal corridor development, essential ecosystem area, and orangutan rescue center.

“There are weaknesses in the rehabilitation center and it will effect the to the research results,” said Pamungkas, in Jakarta, on Tuesday (10/10).

The orangutan research was initiated by the normal condition of the species while carrying its infants to at least eight years old. On those critical times, the young orangutans will be taught to recognize its food, — what, where and when –, process the food, and assessing the danger. 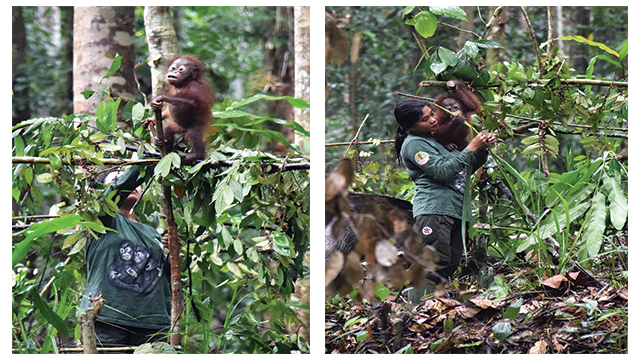 Furthermore, he said that the nursery method still used in the center, meanwhile, advanced observation will be conducted in the forms of schools and forest academy, post-release population, and the feasibility of release area and disease spread.

Technically, the center will be run by Samboja agency located in Km 6 of Forest Area With Specific Designation, Kutai Kertanegara district, East Kalimantan.

Up to date, there are six individuals in the center, — Robin, Amalia, Eska, Tegar, Cantik and Gonda –. They were confiscated from local villagers and aged between 0-8 years old.

Apart from as research center, rehabilitation and reintroduction, the Orangutan Rescue Center will also be filled with other environmental services potentials, including medicines, waterfalls, nursery plantation which serves as ex-situ conservation for endemic plants to Kalimantan.

“Besides ecological benefit as water regulator, it also provide employment for local people, such as security resources, nurses for orangutans and food supplier for orangutans,” he said.

Meanwhile, head of BLI KLHK, Henry Bastaman, said that the center would not only increase the successful rate for post-release in the wild, but also contributed to regulation and policies related to rehabilitation and reintroduction process.

The forest area restoration by the ministry has shown the results and it would to return to its ecosystem functions, including animals and plants, also returning orangutans to its habitat.

“This is not an easy task and requires special ways and synergies, research to achieve high successful rate of release,” said Bastaman.