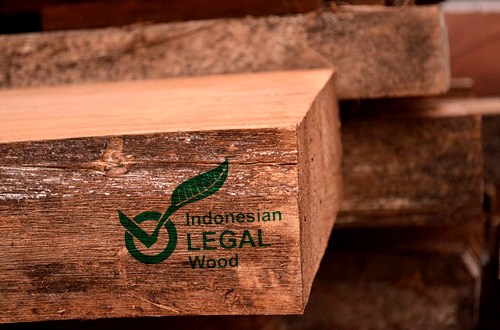 “Sustainable economics has become Indonesia’s main priority. Hence, I hope that FLEGT License can be immediately implemented,” said President Jokowi as quoted from an official press statement, during his meeting with European Commission President, Jean-Claude Juncker, on Thursday (21/4).

The meeting, which also attended by President of European Council, Donald Task, had agreed on reducing illegal logging and increasing legal wood agreement between European Union and Indonesia.

European Commissioner for Environment, Maritime and Fisheries, Karmenu Vella said that the agreement would take place after Indonesia was considered to be ready to implement Voluntary Partnership Agreement (VPA) with European Union which covered all products suitable for FLEGT license.

“The announcement is a signal to market that it is possible to achieve sustainable forest management through legal and verified woods. The announcement also marked Indonesia’s position as the first nation to receive FLEGT license from European Union,” said Vella. 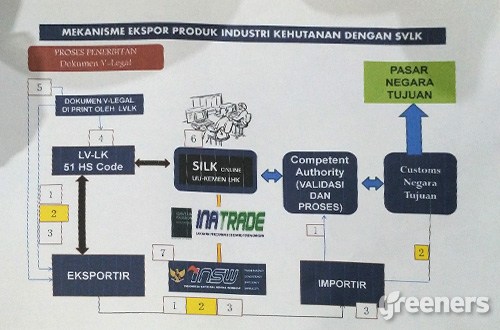 Agus Justianto, senior adviser to Ministry of Environment and Forestry for Economics and Natural Resources, said that European Union only has three months to follow up the agreement, around July or August for Indonesia to begin first shipping legal woods to European countries.

Furthermore, Justianto said that the government had to clear off technical issues related to Ministry of Commerce Regulation issued in 2015 which declared wood exports with 15 HS codes free from being audited for Wood Legality Certification (SVLK).

Director of Agricultural and Forestry Products Export of Commerce Ministry, Nurlaila Nur Muhammad, said the regulation had been revised which declared all wood products, including furniture, were obliged to be legally certified.

Furthermore, Muhammad said that the industry did not object SVLK as long as European Union can implemented European Union Timber Regulation (EUTR) as soon as possible.

“If EUTR can be fully implemented, Indonesia will gain bigger benefits from countries who have yet obtained FLEGT License,” she said.

“There are 94 small and middle scale industries have yet to obtain SVLK but used Export Declaration. If using group certification, one group consist of five, then our budget will be sufficient to support them,” he said adding that if all operational procedures in Indonesia and European Union were completed then all Indonesia’s wood products would have to obtain FLEGT license. 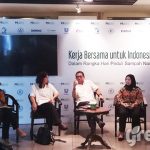