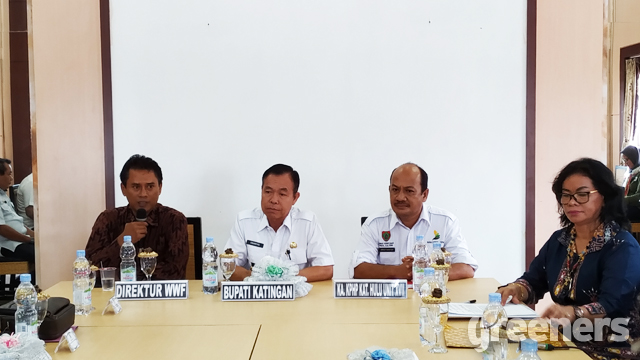 The district produces at least 99.4 tons of rattan per year from a total of 325,000 hectares as stated by Katingan Forestry Agency data in 2006.

“There is abundant rattan stock in Katingan, however, farmers are not too interested [to produce them] because of insufficient [selling] price. Farmers have hoped that rattan price can be in the range of Rp4,000 (US$0.29) per kilogram is okay, compare to recent extreme price fluctuations between Rp1300 (US$ 0,093) to Rp1700 (US$0.12) per kilogram. With that kind of price, it will not be able to support their lives,” said Rosenda Chandra Kasih, Manager Program of WWF Indonesia – Central Kalimantan, on Wednesday (30/01/2019).

Katingan district is dubbed the center of rattan production in Central Kalimantan as 50 percent of its people living near the forests are rattan farmers. However, because of the extreme price fluctuation, rattan farmers turned into oil palm, rubber farmers and gold miners.

Kasih said that the assistance is part of WWF Indonesia’s conservation strategy to demonstrate sustainable rattan management, which is currently being facilitated by IKEA, a Sweden furniture retail company.

Irwan Gunawan, director program of Kalimantan Forest and Freshwater WWF Indonesia, said the program’s vision is to transform Katingan as the center of rattan production in Indonesia, to get Katingan farmers to produce end results of rattan and not just selling raw materials.

“We are assisting farmers to improve with their rattan preservation techniques, systematic harvesting, develop institutional capacity dubbed as Katingan Rattan Farmers Association as the think tank. Hence, all decisions are made based on the association’s decision not per families. The association is the only rattan association to be granted international standard certification for sustainability, FSC (Forest Stewardship Council),” said Gunawan.

Sakariyas, head of Katingan district or locally known as Bupati, said that the certification is expected to promote Katingan rattan reputation.

“Central government is thankful for WWF Indonesia program for assisting Katingan farmers. To be honest, it is difficult to restore rattan Katingan reputation. We have been working with business industries, CSR companies and invite instructors for farmers, but it is difficult to lift up rattan. We are hoping that with the program from WWF Indonesia can support rattan sector in Katingan, said Sakariyas. 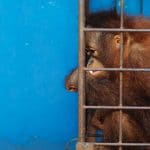 10 Jan 2019
Experts: It is Time to Include Local Wisdom into Disaster Mitigation
News In EnglishMore News in English