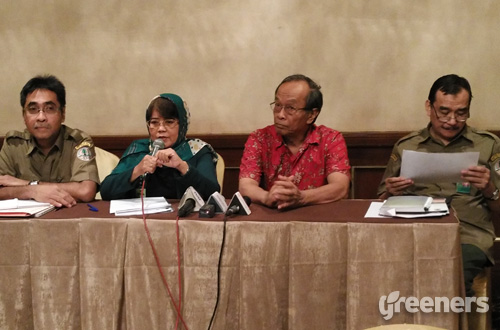 Nur Masripatin, Director General of Climate Change Control, Ministry of Environment and Forestry, said that the first mission was to support COP22 as COP of Implementation of Paris Agreement.

The support, Masripatin added, would be needed so that COP22 will not just more declarations and political statements but real actions and implementations of Paris Agreement.

Second, Indonesian delegation will push for negotiations to be based on common but different responsibilities.

“Third, we also consider the importance of legal implication toward parties who have high commitment to implement Paris Agreement but meet with procedural obstacles regarded with ratifying the agreement if it will be implemented early than schedule,” she said.

Furthermore, she said that the government had already took to pathways, — negotiation and campaign –, ahead of COP22. On negotiation track, Indonesian delegation had already pursued meetings with other negotiators and set up Indonesia’s submission as a follow up of Bonn Climate Conference on May.

BACA JUGA: No More Ego Between Ministries to Set Up NDC Documents

“The preparation also include crucial elements in negotiation, such as adaptation and mitigation, transparency on action and financial support, capacity building on human resources, gender issues and climate change,” she said.

On campaign, she said that meetings have been held between government and non-state actors, side events before COP22, launching the National Registry System, and Measurable, Reporting and Verifiable (MRV) system.