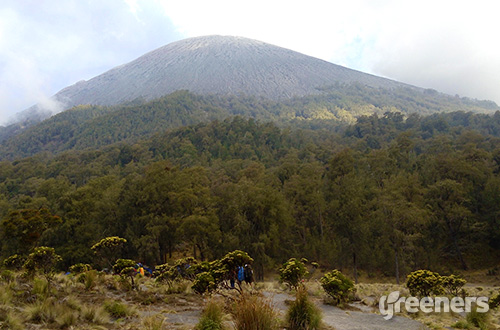 Kennedie said that a French citizen, Alice Guignard, had reported the missing of Lionel Du Creaux (26) at Ranupani Resort Post, in June 7.

He also revealed that Alice got lost in Arcopodo area while trying to reach Kalimati from Watugede. She was found by a guide who was accompanying other hikers.

“They were hiking without reporting to the permit post or illegal,” said Kennedie.

Based on the field data, he said that both of them left Malang and reached Ranupani village at 7 am on June 3. However, Guignard and Du Creaux went straight to climbing location without notifying and registering at the post or considered as illegal.

At 5.47 pm, Guignard decided not to continue the climbing and returned to Kalimati. However, she got lost because of taking different route. She went to the left side of the hill to Arcopodo where she stayed for two days and two nights. Meanwhile, her partner kept on going to the top.

On June 6, she was found by Heri Sumantri of Haspala Malang team who was guiding other guests at 10 pm. Heri said that he had heard screaming of help in the way. Guignard was escorted down and officially reported to Ranu Pani Resort Post on June 7.

After her report, a team comprise of 20 men, — porter, saver, Gimbal Alas, and other search and rescue officials –, was dispatch on the last location of Du Creaux, on June 8.

The team developed into 24 officials searching in several locations, such as Blank 75, Sumbermani, and Puncak.

Hendro Wahyono, head of prevention and preparedness of Lumajang Disaster Management Agency, said that they have also added four personals since last night.

He added that the Jember and Lumajang teams would be searching Tawonsongo who recently also the location where they found recently two missing hikers from Cirebon. 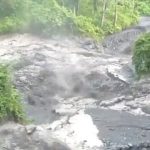