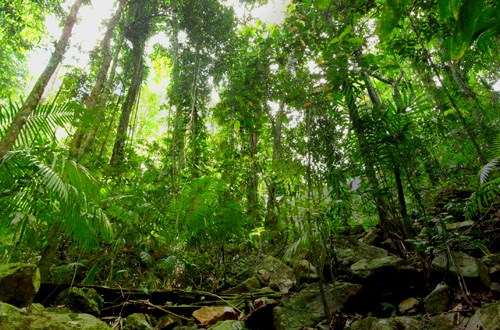 Jakarta (Greeners) – Forest has play crucial roles of ecology, social and economy for Indonesia. Human, animals, and plants are depending on forest including for water. Unfortunately, the current forest condition is being damaged due to ongoing deforestation. The rate of deforestation had increased greenhouse gas emissions 12 to 20 times leading to climate change.

Satyawan Pudyatmoko, Dean of Forestry Faculty, of Jogjakarta’s Gajah Mada University, said that Indonesia’s forest need to be improved if it wanted to preserve water. Lots of water catchment areas have been turned into non-forest functions, such as plantation and agriculture.

“This is what happens with our forests. If we want to preserve good hydrology cycle, then it would need lots of improvement as lots of water catchment areas in mountains and karts areas have been damaged or turned from forest to non-forest (plantation),” he said in Jakarta, on Monday (21/3).

Water deficit in Java island, he said, had been at critical level during dry season. To prevent drought events from last year’s dry season, he said that the government must immediately improve forest covers in mountain areas.

“Just like robot. Mono-culture plants extract water extensively. It is wasteful and harmful,” he said.

Minister of Environment and Forestry Siti Nurbaya said that researches and investigations over areas turned to non forest areas were undergoing as most of those concessions permits from previous administrations.

“That is what I meant on policy correction. They are all come from policies from the past and lack of control from the government. We granted the permits but failed to monitor. Meanwhile, there are parameters, records and regulations. That is why we’re working on now,” she said.

March 21 is United Nations’ International Forest Day which has the theme ‘forest and water’ which aims to increase awareness of the role of forest to supply water for life.