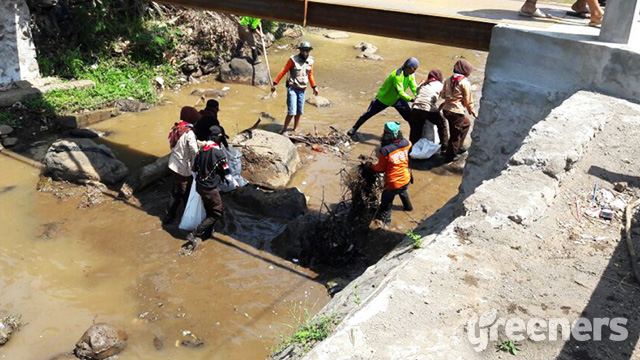 Jakarta (Greeners) – Environmental figure, Emil Salim on Wednesday (12/09/2018) underlines river conditions in Jakarta because of waste ended up in the oceans so there should be a system to tackle the 17 rivers as in Clean Citarum River.

DKI Jakarta Environmental Agency stated that the office had done what it is best to clean up dams, rivers in the city.

Former environment ministry in Soeharto era said that from aerial observation with helicopter, there are physical waste, liquid waste, and toxic and hazardous waste in rivers flowing to Jakarta Bay. Salim said the rivers need to have the management like in Citarum river.

“I have a dream that Citarum waste management can be applied to 17 rivers in Jakarta, including Cisadane, Ciliwung, west canal flood, east canal flood, and Sunter river, which all lead to Jakarta Bay,” he said. “If the cleaning method can be replicated in 17 rivers, then they can be healthy and water supply can be improved.”

Salim said that rivers are the important priority because they are the sources of life for human. If they are polluted, then it will be difficult to have clean water.

“In waste management, we cannot ‘shoot’ to all parts of Indonesia, but it should be priorities. Water is important and it is getting rarer to get water as rising population so that people are drilling underground water. As a result, land subsidence in Jakarta,” he said.

Land subsidence will cause floods due to sea level rise.

“Sea level rise because of climate change. If sea level rise and northern parts of Java is declining, it is predicted that in 2030 to 2050, Jakarta will experience flash floods. So, saving river is important in this kinds of cases,” he said.

Isnawa Adji of DKI Jakarta environmental agency said that Jakarta rivers clean up has been maximized. Adji even stated that he will fire sanitary officers responsible if they are still dirty.

“So, now, you can say that rivers, dams in Jakarta to Thousands Islands are cleaner compare to Jakarta in ten years ago. Currently, there are 4,500 officers working in those areas,” he said. “I simply tell them that I don’t want the rivers and dams to be dirty. If dirty and viral, I will clean all of you.”

Director general of waste management, toxic and hazardous waste of Ministry of Environment and Forestry, Rosa Vivien Ratnawati, said that terrestrial waste will end up in oceans.

“At least 80 percent of terrestrial waste leaked to rivers and drifted to oceans. So, a part of our efforts is to control wastes in the cities,” she said. “So, the ministry is working with mayors and head of districts to built recycling facilities, waste banks, local waste management, sorted waste bins, and waste motor.” 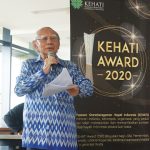 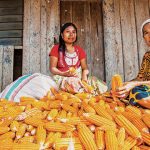