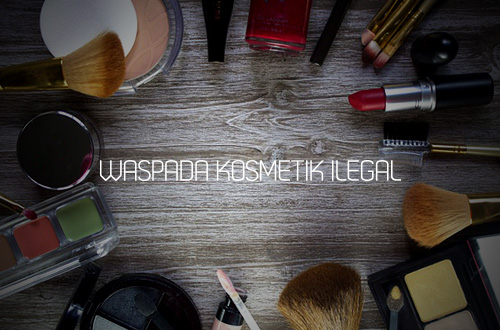 The Operation went on in seven cities, — Jakarta, Bandung, Medan, Semarang, Surabaya, Makassar, and Serang –, from Oct. 19 to 30.

In the operation, BPOM civil servant investigators have raided 977 items or 595,218 cosmetics without licenses and contain dangerous chemicals worth of Rp 20 billion.

“These fakes were coming from domestic and international such as China, Malaysia, Thailand, Phillipines and India. They are liable for criminal charges based on 2009 Law on Health Articles 196, 197, and 198,” he said in Jakarta on Monday (09/11).

Roy said that those substances were dangerous for skin, for instance mercury can lead to cancer, diarrhea and vomiting. Meanwhile, hydroquinone can cause hyperpigmentation especially those areas with direct sun light.

Meanwhile, coloring agents for purple (CI 12075), red (CI 15585), and Rhodamin B can trigger cancer and heart failure.
Since January to September, Roy said, BPOM had investigated 125 cases related to food and drugs.

“We expanded the operation to distributors, importers, and producers. We are looking for dangerous cosmetics, especially those contain mercury, hydroquinone, retinoic acid, CI 15585 and CI 12075 coloring agents. We will pursue criminal charges as a follow up,” he said.