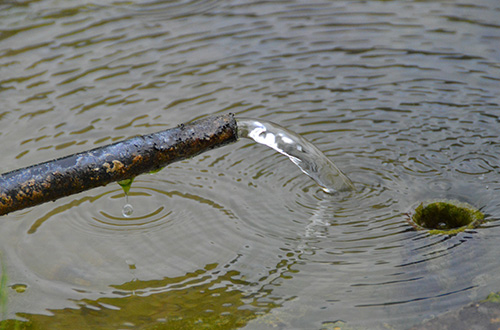 Rachmat Fajar Lubis, a scientist at Geotechnology Research Center of Indonesian Institute of Sciences (LIPI), said that the two degrees rising temperature detected in three wells in the city for the past 100 years adding that they would need to conduct further studies to examine its impacts.

“The three wells with depths of 200 meters being analyzed were located in Kamal Muara of North Jakarta, Tambun, Bekasi and Central Jakarta surroundings,” said Lubis adding that Japanese scientists also took part in the study.

Citing other hypothesis, Lubis said that impacts of ground water temperature would include disrupting building construction due to chemical reaction acceleration on higher temperature and also slow tree growth.

Furthermore, he said that ground water temperature can increase more than one degree Celsius or higher than global climatic change which only around 0.8 degrees Celsius. However, one degree Celsius is still significant number, especially on smaller scale, which proves major change from urban heat island and excessive ground water extraction.

“It still needs further studies,” he said adding that urban heat island impact would still continue as uncontrollable development in urban cities which lead not only rise of surface temperature but also ground temperature.

The problems got complicated following excessive ground water extraction. Based on current data, half of Jakartans used up ground water resulted to serious land subsidence.

Bawa Sarasa, official of Environmental Control and Impact of DKI Jakarta Environmental Agency said that land subsidence has become a serious issue in the city. “We are working out the best solution,” said Sarasa.

The study on ground water is one of ten researches conducted since 2005 which recently turned into a book at the end of 2015. The research was using data on ground water from 1995 to 2012. Using modelling, the data compared temperature changes between 1905-2005.