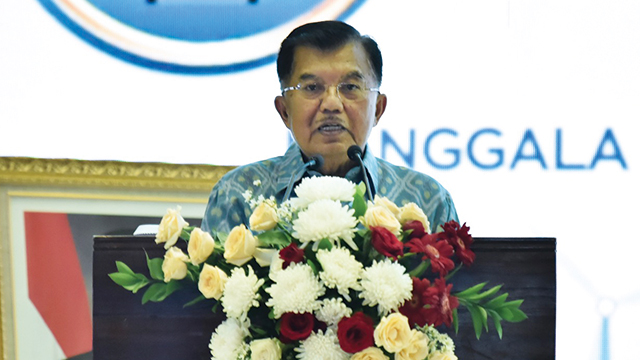 “Every citizen must take responsible on cleanliness in their houses or surrounding the house. If not, then people will just keep on littering,” said VP Kalla on his speech at the clean city award.

Furthermore, he said that people have the role to support policies, regulations, and programs set by the government. He added it will be difficult to carry out the task of protecting the environment by itself.

“The cooperation between the government and people must be strong. However, it is a reminder that the government must give example and becomes the stimulant for the people,” he said. “Oftentimes I heard that mayors or bupatis are proud of the hospitals in their areas for gaining profits and patients. Yet, that is a failure in cleanliness.”

With Adipura, he added, that all districts and cities need to improve their performances in protecting the environment. In addition, he hoped that plastic waste issue can be tackled as soon possible. Hence, he suggested for central and regional governments to be innovative in dealing with plastic waste.

“Our plastic waste is the second largest in the world, after China [so] there should be innovation to deal with this, especially for single use plastics,” he said. “The largest [quantity of] waste plastic [comes from] glass mineral water so everyone needs to bring tumblers.”

Surabaya Mayor Tri Rismaharini said that the city has innovation to deal with single use plastic, including paying bus fare with five plastic bottles of mineral water.

“To get people [to participate], they need examples. We cannot just tell them what to do. If I see waste, I will pick it up, sweep it. I have broom, boots, trash bins, scissor in my car. Hence, people will be embarrassed because the leaders are willing to do it and giving example,” she said.

Furthermore, she said that people are actively maintain cleanliness will lead to cheaper waste management costs. For example, she said, the cost to collect waste which takes up nearly 50 percent of waste management budget can be reduced through recycling program by communities.

“Previously, waste volume in Surabaya would reach up to 3600 tons per day, nowadays, only 1300 tons per day. It drops ten percent each year. It is because we are pushing to reduce, recycle, composting for parks, that the numbers are decreasing. This is all managed by communities,” she said.

In addition, she agrees that clean environment would also reduce diseases in the areas as Surabaya was hit by Extraordinary Events, such as diarrhea, dengue fever and acute respiratory infection, in the past.

“As time goes by, all of those diseases were declining at hospitals. So, it is true what the VP said that diseases will decline if the environment is clean,” she said. 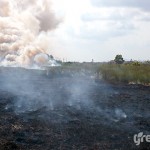