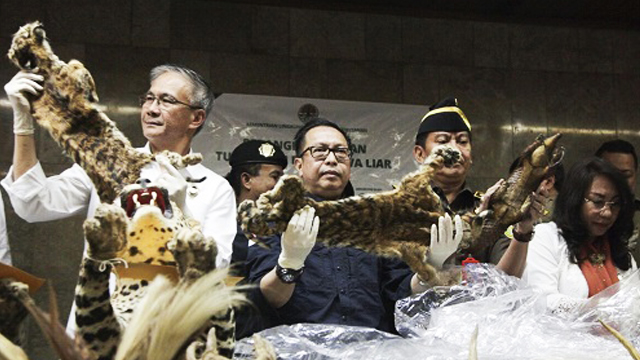 Jakarta (Greeners) – Despite of strong law urgently needed to tackle current conservation issues, lawmakers are reluctant to immediately pass the bill on natural resources and its ecosystem arguing that current law is sufficient, said a researcher in Jakarta, on Wednesday (27/02/2019).

“The legal umbrella for conservation applied in the country is UU No.5/1990 [law issued in 1990] on natural resources and conservation, which is no longer relevant to deal with the complexity in the field. The law is 29 years old and never been revised, so it’s no longer can keep up with time and rapid technology development, for instance in responding illegal wildlife trade crimes,” said Trias Fetra, researcher from Madani Berkelanjutan Foundation.

Based on Wildlife Conservation Society Indonesia, illegal wildlife crimes significantly increased from 106 cases in 2015 to 225 cases in 2017.

Meanwhile, Center for Financial Transaction Reports and Analysis (PPATK) in 2018 revealed that illegal plants and animals trade had reached Rp13 trillion per year (US$920 million).

Fetra said that based on the data, current law is unable to effectively tackle illegal trading and set deterrent effect.

If the government considers the law is still relevant in natural resources crimes, he added, however the data states otherwise.

Rika Fajrini, head of forest and land management division at Indonesian Center for Environmental Law (ICEL), said the reason for government considers the bill is irrelevant because the draft proposed by lawmakers is not substantial.

“ICEL [Indonesian Center for Environmental Law] argues the urgency to bag the intellectual or major players of illegal wildlife trading, the corporate crimes, which is excluded by the UU 5/1990,” she said, “Hence, we encourage working together to strengthen the substances of the draft, which ones are wrong or need improvements. Let’s work together, not just ignore or doing nothing.”

“So, it means domesticating animals can be convicted. This is obviously not what we expected if we want to catch intellectual criminals exploiting our natural resources,” she said.

She said that if the bill is not improved then private sector will be given more portion to manage natural resources.

Corporation will just add complications to recent conflicts between people and conservation, she added.