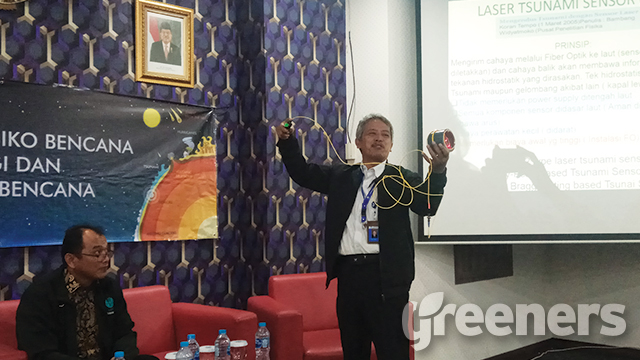 The technology is considered to be more efficient compare to buoy system as it will send out laser beams through optic fiber cables installed under the ocean which transmits back hydrostatic information.

“When irregular ocean water movements or sudden pressure change occurs, the detection censor will refract the light which serves as tsunami danger warning to monitoring posts,” said Bambang Widiyatmoko, a researcher of disaster instrumentation of Physics Research Center at the institute.

Widiyatmoko, who is also the lead research for Laser Tsunami Censor, said that optic fiber is more efficient, easy-care and self-built technology.

“The downside for Buoy system is high cost maintenance, the battery is easy to steal or lost similar to power supply,” he said. “Meanwhile, Laser Tsunami Censor does not require power supply in the middle of the ocean as all of the components are [installed] under the sea so it is safe from theft and low cost maintenance. Although, it will need large initial funding for installing the optic fibers.” 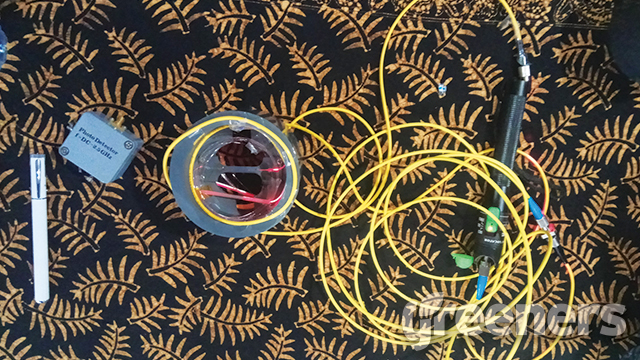 Furthermore, he said that the institute is prepared, if asked, to implement the technology though he added that money is still an issue. To develop the technology, he said, it will need at least Rp5 billion (US$350,017) per year for three years.

“So, as a start to install the optic fibers to be able to operate, it needs five billion rupiah per year for three years, then the maintenance will be adjusted but it will be cheaper,” he said adding that the censor has been tested at LIPI’s laboratory and guaranteed that the system is much better early warning system compare to the ones installed in Indonesia.

In addition, LIPI also developed Mobile Wiseland, a system which could detect soil movement based on wireless censor network.

Adrin Tohari, a researcher of Geotechnology at the institute, said that the device will provide warning information to search and rescue teams and evacuation teams for possible upcoming landslides.

“So, we are installing devices in landslide areas and monitoring for next landslides can be detected as soon as possible. Mobile Wiseland is a development from previous technology which is a static censor. Mobile Wiseland is easy to carry because it looks like a suitcase,” said Tohari.