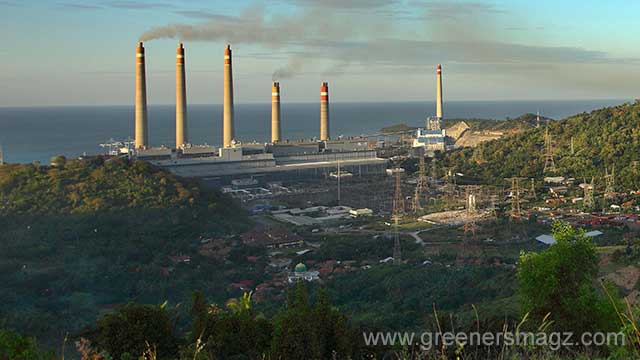 Jakarta (Greeners) –World Bank’s plan to give out money for 16 coal power development project in Indonesia gained resistance from NGO, as they pointing out how the plant will end up destroying coastal areas, contributing more on climate change and lowering down farm and fishing potential for locals.

“World Bank should keep the commitment they made before, which is to stop funding coal plants, and for so they should pull out the credit plan to boost up coal power in Indonesia,” said Arif Fiyanto of Greenpeace Asia Tenggara.

World Bank published so called “Energy Sector Direction Paper” in July 2013, which shown their commitment to give credits for coal project only for countries whom have no other alternative energy than coal.

The report said World Bank agreed to give USD 33.9 million as credit fund to build the first coal plant of the project in Batang, Central Java. It will have 2000 megawatt capacity in grid.

The giant coal plant project gained bad reactions from the locals, including law suit and mass protest, that ended up with anarchy conflict between locals against project security and Indonesia military.

“There is still time for World Bank to start doing what is right. They should press Indonesia Government to cancel the project,” said Arif of Greenpeace.

The money scheduled to be cash out at 6 October 2013, to finalize and start the plant development.* (G04)